Chinese smartphone manufacturer vivo has been heavily teasing its upcoming X6 smartphone lately, indicating an imminent launch. And now, it looks like we have the exact launch date for the device. 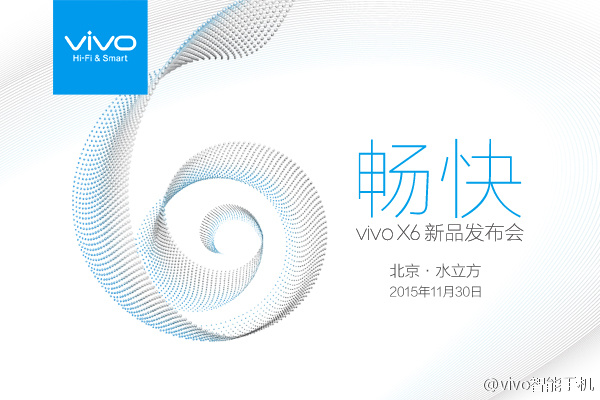 The company has posted yet another teaser (shown above) for the handset on Weibo, confirming that the flagship will be unveiled towards the end of the month – on November 30.

From what is known till now, the X6 will offer features like dual fast charging technology andsplit-screen multitasking, as well as an an e-payment compatible fingerprint reader. The device – which was recently spotted at TENAA – will also come with 4GB of RAM.

As for the rest of the specs, rumors say that the device will sport a 6-inch QHD screen with Force Touch, and will be powered by a 10-core MediaTek Helio X20 chipset. It is also said to come with 32GB internal memory, 21MP rear and 12MP front camera, as well as pack in a 4,000mAh battery.
[“source-gsmarena”]