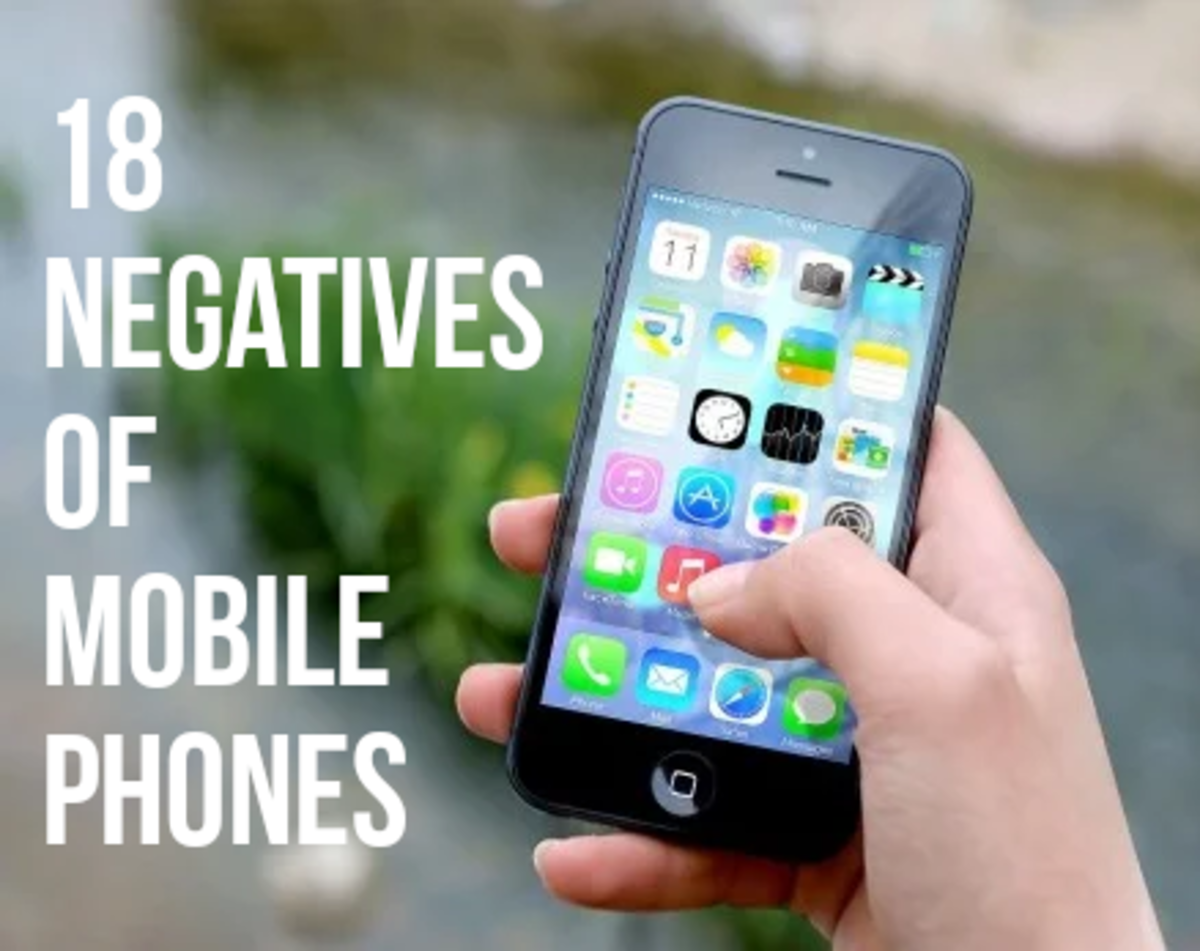 Since the 1980s, when mobile phones first started to become commercially available, these devices have continued to develop and completely transform the way that people communicate.

At first, they were just capable of making calls, but over time more and more functions and technology have been added. As well as bringing benefits, however, they’ve also brought downsides—18 of the main ones I’ve listed below.

I explain each of the disadvantages in more detail below.

It can be difficult to relax in a social situation in the age of mobile phones. A call or text can come in at any time. Society generally expects you to have your phone switched on, charged up, and within reach at all times. Many callers or text senders can become frustrated or annoyed if they don’t get an immediate response.

Disruption can happen in multiple ways. For example, a phone goes off during a musical or theater performance, somebody spends a dinner party texting rather than engaging with the other guests, or a family event is disrupted by someone receiving an important call from work. Mobile phones can destroy the atmosphere at events and undermine social meetups.

One of the weaknesses of mobile phones is that they are so reliant on battery power. You regularly have to check how much power is left, as well as find ways to recharge. Battery power is improving all the time, but rather than improving the problem, all that happens is that new models are made that are more power-hungry. On top of that, the overall life of a mobile phone battery is just two to three years.

Mobile phones make it easier for bosses to contact employees outside of regular work hours. In the past, an employee was able to rest and enjoy some downtime when not at work, but nowadays it’s not uncommon for them to be contacted when commuting to and from work, as well as in the evenings, or on weekends.

One consequence of the prevalence of photo and video technology found on mobile phones is that personal privacy has become harder to maintain. In almost any public situation there is the possibility of being photographed or filmed. Once that media has been captured, it can easily end up in the public domain via social media.

Owning, using, and keeping an up-to-date mobile phone model is not cheap. The problem is that as the technology is constantly advancing, phone models become archaic relatively quickly, requiring you to upgrade. Then there is all the data and other services that you need to pay for.

Receiving unsolicited sales calls or texts is annoying and disruptive. Often, they don’t even involve real callers but are computer-generated. Money-making scams are becoming increasingly more common and sophisticated, and often target the most vulnerable members of society.

8. Another Thing to Carry Around

Much has been made of the portability of mobile phones, but the truth is that they are just another thing that we have to carry around with us at all times, along with our keys and wallets.

Unlike keys and wallets, however, mobile phones are generally much more prone to damage and breakage from impacts, direct heat, or exposure to water.

For sure, it’s useful to have all your contact info, photos, videos, and other information on one device, but if you ever break or lose that device, you can find yourself with real problems. Even just running out of power can result in you being unable to access vital information and cause you real problems.

10. The Screen Is Too Small

In theory, phones are great devices for watching videos or live streaming, but in practice, the screen is too small to fully appreciate a movie or sporting event. Even playing games and performing everyday tasks like texting can be fiddly and frustrating.

Calling someone by mistake or receiving accidental calls is surprisingly common when it comes to mobile phones. This can be embarrassing, cause confusion, or waste time. Texting or messaging mistakes can also occur. Part of the problems is due to the compact size of phones and people using them in busy situations where there are many distractions. 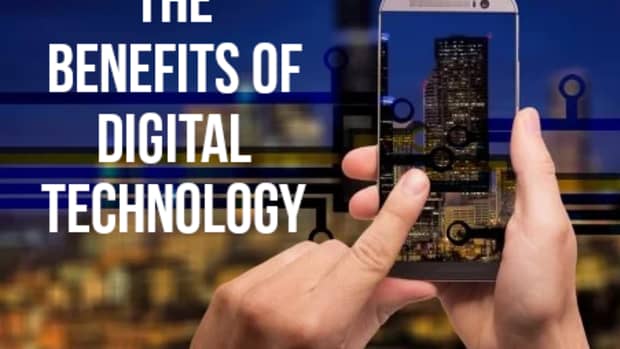 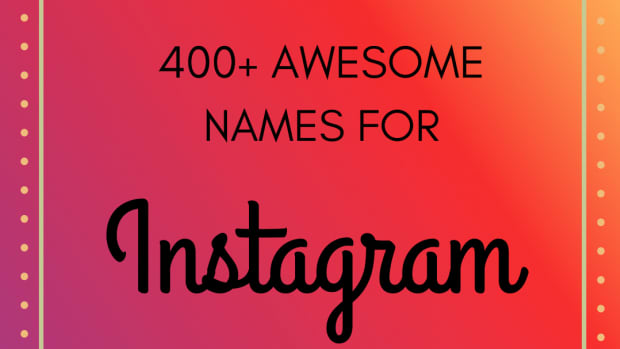 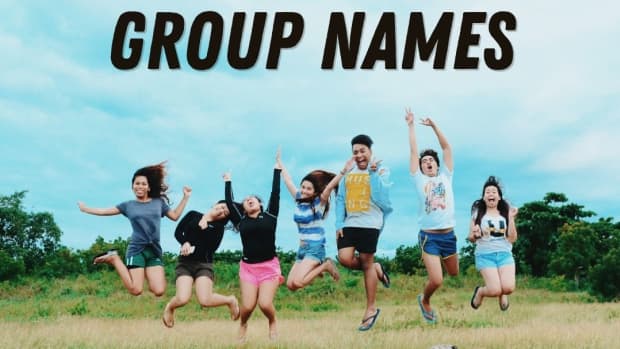 There is good evidence that mobile phones contribute to sleep deprivation, especially when people use them late at night or in bed. Teenagers in particular need good sleep to help their developing brains, but offer suffer worst from mobile phone related sleep problems.

People get engrossed by their phones when they walk around. They collide with things, bump into people, or even worse, step into the road without looking. The effects of distraction caused to drivers are even worse, as making or receiving calls or texts, or using the phone’s other functions can all result in drivers not paying attention to the road and result in serious accidents.

Many people no longer seem to be able to just enjoy the moment anymore without the need to video, photograph, or write about it on social media. Pop concerts are full of people videoing. Once in a lifetime experiences are not fully appreciated because people are too busy photographing them and posting on social media.

Some studies suggest that the electromagnetic radiation produced by mobile phones causes harm to human health. Brain cancer has been cited as a possible effect of long term regular phone usage. However, it should be noted that there is no solid agreement on the level of harm that may or may not be caused by mobile phones.

Mobile phones are increasingly used to track people’s movements. This may seem fine for catching criminals, but it is another step towards a surveillance society, where citizens have no privacy and don’t even know when or who might be tracking them, never mind possess the ability to challenge the threats to their privacy.

Certain rare metals are required in the production of mobile phones. The control of these metals has caused conflict, especially in the Democratic Republic of Congo, where 5.5 million lives were lost in the Second Congo War, a conflict fueled in part by disputes over the control of the rare metals.

There was a time when teenagers and children carried nothing of value, but now most have mobile phones, and quite often expensive models. This makes them vulnerable to street crime and general theft. It is a major problem in cities and urban areas.

5 Disadvantages of Mobile Phones for Children

Ownership of mobile phones can create specific issues for children. Below are five of the downsides.

Having a mobile phone is quite a big responsibility, given the expense and relative fragility of these devices. It can be common for children to lose or break them. Before giving a child a phone, it needs to be clear that they are both willing and able to look after them.

It can be difficult for parents and guardians to control who the child is in contact with and the nature of the interactions. Problems can range from sexual predators, to bullying by other children, as well as exposure to pornography and violence.

Mobile phones can be a major distraction for children. This can affect a child’s education, making it harder for them to focus on homework and school projects, as well as undermine their ability to concentrate generally. Phones can also upset family social events.

Mobile phones are status symbols. As children enter puberty and head towards their teenage years, they come under social pressure to demand phones that are more expensive and fashionable, increasing emotional and financial strain on parents and guardians.

Children have a tendency to use their phones to text, chat, email and surf deep into the night. This can significantly reduce or disrupt their sleep patterns. Over time, their mental and physical health and development can be compromised.