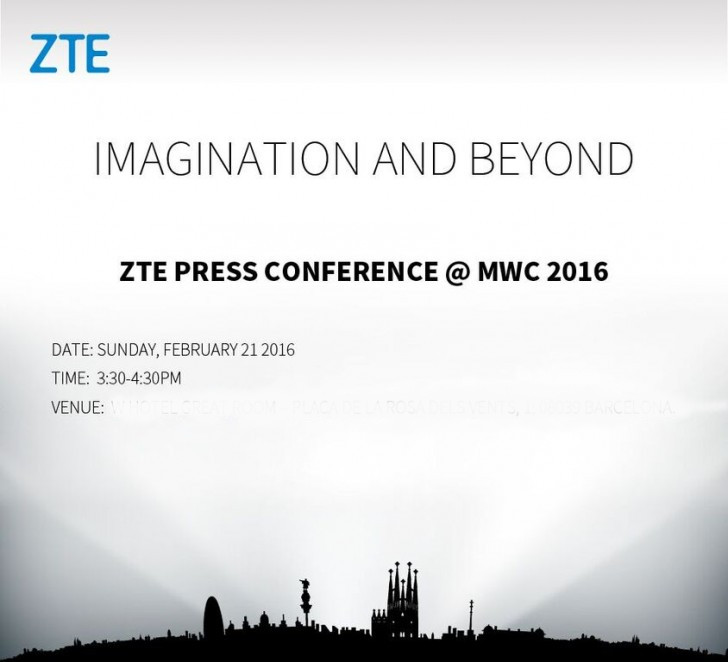 ZTE has announced that it will be holding its Mobile World Congress 2016 press conference on coming Sunday – February 21, a day before the event officially kicks off.

As you can see below, the invite sent out by the company doesn’t reveal much about what all will be unveiled at the event – it just says Imagination and Beyond, followed by the details.

A quick look, however, at ZTE’s official website reveals that the company’s theme for the event is “the Enabler of mobile Internet (M-ICT).” In terms of mobile products, the company will “showcase and announce a range of smart devices,” in addition to displaying some of its existing products, including the AXON global flagship smartphone family.