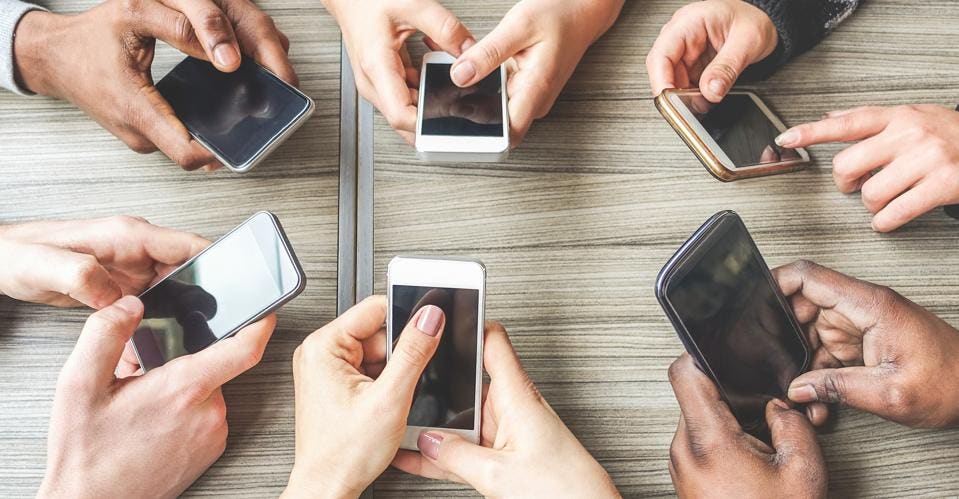 Eighty-one percent of people check their phone during a wedding ceremony, while making out, in the shower or at a funeral , according to a survey by Motorola Mobility. In another study of 1,600 managers and professionals, Harvard Business School professor Leslie Perlow found that 70% respondents check their smartphone within an hour of getting up.

While this behavior, according to WebMD, may not be called an addiction just yet, experts do believe that this modern compulsion of constantly checking your phone for no reason or the feeling of anxiety or restlessness at the thought of being without your phone are early warning signs towards one.

Two Apple shareholders, Jana Partners LLC and the California State Teachers’ Retirement System (CalSTRS), which control about $2 billion of the tech giant, are taking the matter seriously. They sent a letter to the smartphone maker earlier this month, urging the company to help find solutions to questions like what is optimal usage and to be at the forefront of the industry’s response – perhaps before regulators or consumers potentially force it to act.

“Apple can play a defining role in signaling to the industry that paying special attention to the health and development of the next generation is both good business and the right thing to do,” the shareholders wrote in the letter.

Apple, whose core business is to sell its smartphones and hook customers into the ecosystem for an apps and services, hasn’t yet responded to the letter. But another smartphone brand is taking the lead in talking about this public-health concern.

Forty-four years after inventing the mobile phone, Motorola is now urging smartphone users to commit to a better phone-life balance. The company believes, as a major stakeholder in the business, it has a vested interest in how this technology is used and wants to create phones that support user’s life without becoming the center of it. It may be a far-fetched ambition, but it is still worthwhile.

While it’s a global initiative, Motorola started the conversation around “phone-life balance” in India — the company’s biggest market globally — around the huge festival of Diwali. It released a video showing a montage of people glued to their smartphones, unmindful of the fireworks and celebrations around them.

Motorola also conducted a survey that asked how people spent their time with family and friends on Diwali. It found that 42% of Indians find it easier to stay away from their families for a week than their phones and 74% felt distressed if you took their phone away on a weekend getaway.

These statistics show we are living in a hyper-connected age where we are losing out on real relationships due to the mindless usage of our smartphones, as Rachna Lather, who leads marketing for Motorola Mobility, believes. We need to spread the message of having a healthy phone-life balance to reclaim our time and concentration, she says. 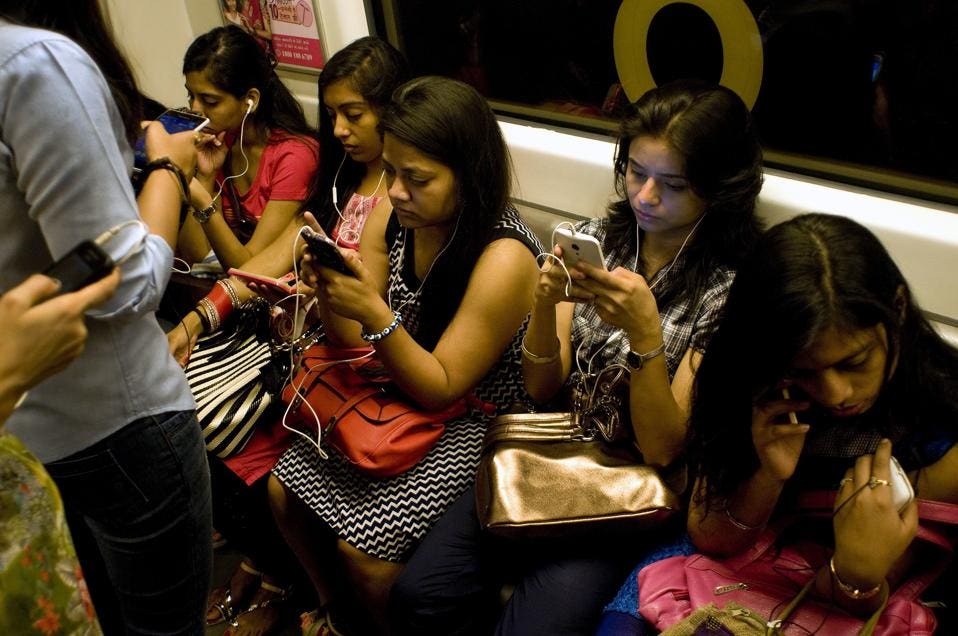 Indian women use their smartphones as they travel in the metro carriage reserved for women in New Delhi on July 14, 2015. (Photo credit: ANNA ZIEMINSKI/AFP/Getty Images)

Motorola is showing it is serious about the initiative by partnering with experts, such as Shyleswari M Rao, dean consultant at the Indian Society of Applied Behavioural Science. She will validate the data collected by Motorola’s phone-life balance survey and share her analysis stating the reasons for the imbalance and its possible impacts.

With the association, Motorola is also helping raise awareness by engaging students across universities. Shyleswari will be present at institutes in debates and seminars and at phone-life balance booths to advise and assist young people.

Apart from such initiatives by smartphone brands, there are also apps like Offtime, AntiSocial, Onward, Checky and QualityTime that help you focus on the task at hand or indulge in personal time without distractions and maintain a balanced “digital diet.”