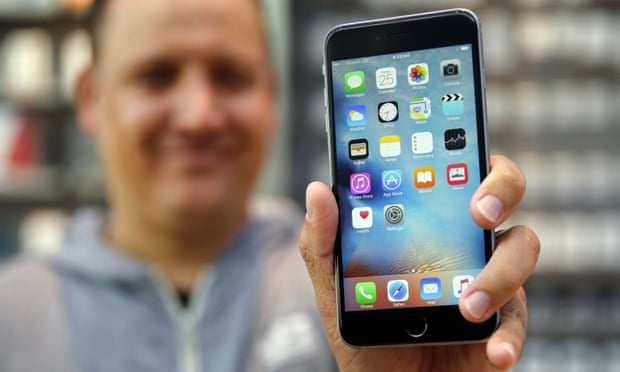 Does Apple slow your iPhone down with each iOS update? Not according to the numbers. Photograph: Robert Galbraith/Reuters

It’s a perennial question asked in offices, pubs, shops and across the internet every year in the run up to the launch of a new iPhone: does Apple slow down older iPhones to make you buy new ones.

On the face of it the question seems either completely daft – imagine if it was discovered that Apple really does hobble older iPhones, it would be VW’s dieselgate for the smartphone – or simply a summation of the feeling that something is changing about the ageing phone you have in your pocket that really does feel slower.

The truth, at least according to the data provided by benchmarking company Futuremark, is that despite what you might feel on a day-to-day basis, your iPhone’s processor and graphics chip are as fast as the day you bought it.

Futuremark collected more than 100,000 benchmarking tests, from the iPhone 5S to the iPhone 7, and averaged the performance of both the processor (CPU) and the graphics chip (GPU) once a month between April 2016 and September 2017 with different versions of Apple’s software from iOS 9 to iOS 11.

According to Futuremark: “iPhone 5S GPU performance has remained consistent from iOS 9 to iOS 11, with only minor variations that fall well within normal levels.”

Processor performance was equally consistent leading Futuremark to conclude that “it is clear that iOS updates have not had a significant effect on performance”.

The graphics performance for the iPhone 6, 6S and 7 also remained consistent, while processor performance dipped slightly with successive iOS updates.

“The graphs for CPU performance show a very slight drop in performance over time – possibly due to minor iOS updates or other factors – but a user would be unlikely to notice this small difference in everyday use,” said Futuremark.

While benchmarks show that processor and graphics performance are not intentionally hindered with successive iOS updates, it is entirely possible that people feel that their smartphones are slowing down over time.

That’s because as smartphones get more powerful and more capable with each new release, apps and services are also updated. In doing so they often get more complex as new features and technologies are added, which can lead to the app performing worse over time as the smartphone has to do more when the app launches and during its general operation.

A good example of this app complexity is the Facebook app, which for years had more and more features added, growing in size and becoming more processor intensive in the process. That resulted in several bouts of battery drain issues, but it also slowed down the performance of the app.

At the same time, battery life genuinely does degrade as a smartphone ages. A cell’s maximum capacity decreases after repeated charge and discharge cycles as a fundamental characteristic of the chemistry within, which stores then generates electricity.

While new batteries have greater longevity, through new electrode, electrolyte and controller technology, the battery in your four-year-old iPhone 5S is almost certainly worse than when it was new. Combined with more bloated apps, it certainly gives the feeling the things are slowing down and getting worse, even if Apple isn’t intentionally reducing performance.