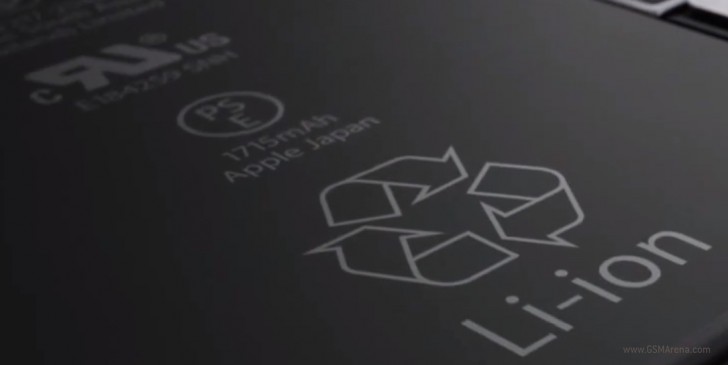 It looks like Apple accidentally revealed that the freshly announced iPhone 6s features 1,715 mAh battery. The component was revealed in the Cupertino giant’s promo video for the smartphone.

This means that the new iPhone 6s features a smaller battery than its predecessor, iPhone 6, which offers a 1,810 mAh solution. However, despite the smaller unit, Apple claims that iPhone 6s will offer similar battery endurance as the model it replaces, thanks to more efficient CPU and iOS 9.

A smaller battery in the new iPhone is hardly a surprise. Even though it looks the same as the outgoing model, iPhone 6s features rearranged internals that accommodate the new tech it offers. We reckon that some of the new components required the change in battery size.