Apple is widely expected to launch the new iPhone handsets in early September, with three models carrying the presumptive ‘iPhone 11’ tagline. The geekerati are also confident that the cutting edge technology that consumers expect will not be present in this year’s iOS powered handsets. Without those features, iPhone sales will continue to fall at a faster rate, and leave Tim Cook’s Apple in a weakened state.

That’s not to say that the iPhone platform is going to go away, but Apple’s promotion of high-end premium handsets sits in start contrast to the drive to be a software and services company that requires a huge install base that is willing to hand over for years and years of ongoing revenue. 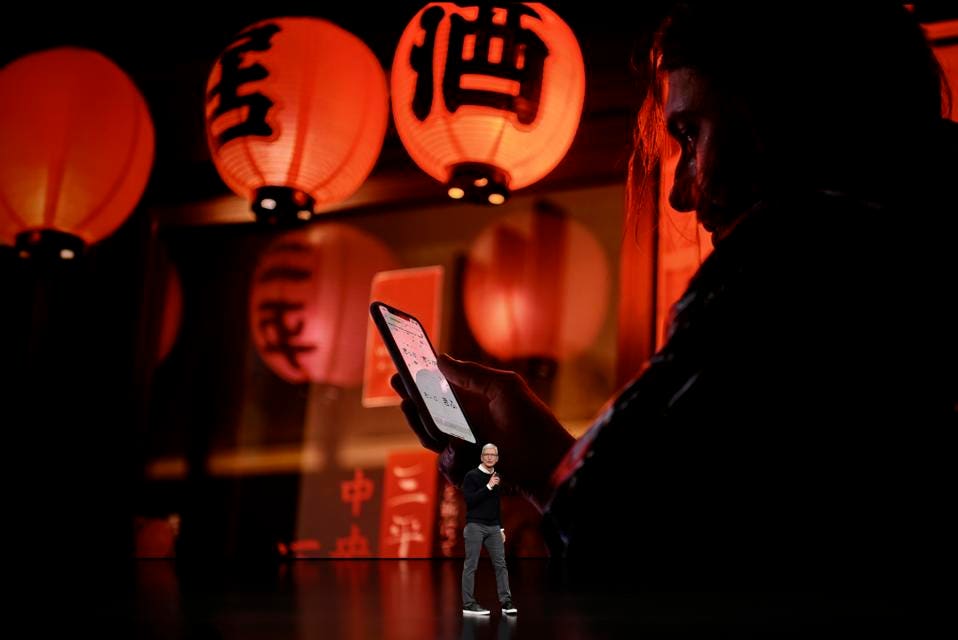 Forbes has previously reported on the loss of confidence in Apple’s tired designs in China. Today sees the latest Canalys numbers from Europe showing a seventeen percent year-on-year drop in the iPhone’s market share. Ben Lovejoy reports for 9to5Mac:

The market intelligence company says that iPhone European shipments fell from 7.7M in Q2 2018 to 6.4M in the same quarter this year. That 17% drop in sales saw Apple’s share of the European smartphone market fall from 17% to 14.1% during the 12-month period.

Tim Cook’s answer to this issue is twofold. The first was to stop releasing unit sales of iPhones to mask the issue. That would hopefully move the focus away from hardware onto the new promised land of software and services replacing hardware sales.

The revenue from iPhone sales is falling, and has dropped below fifty percent for the first time since 2012, falling from $29.47 billion to $25.99 billion. Services did make up some of difference. bringing in a personal high of $11.46 billion in revenue, but overall revenue was down year on year.

And therein lies the first chapter of the nightmare.

Software and services needs a longer runway to build up its revenue (let alone the profit, I’m curious to see the respective margins between hardware sales and acting as a content reseller), and that runway is built on sales of the iPhone. If the sales of the iPhone continue to slow, then Apple has some hard truths to face up to. 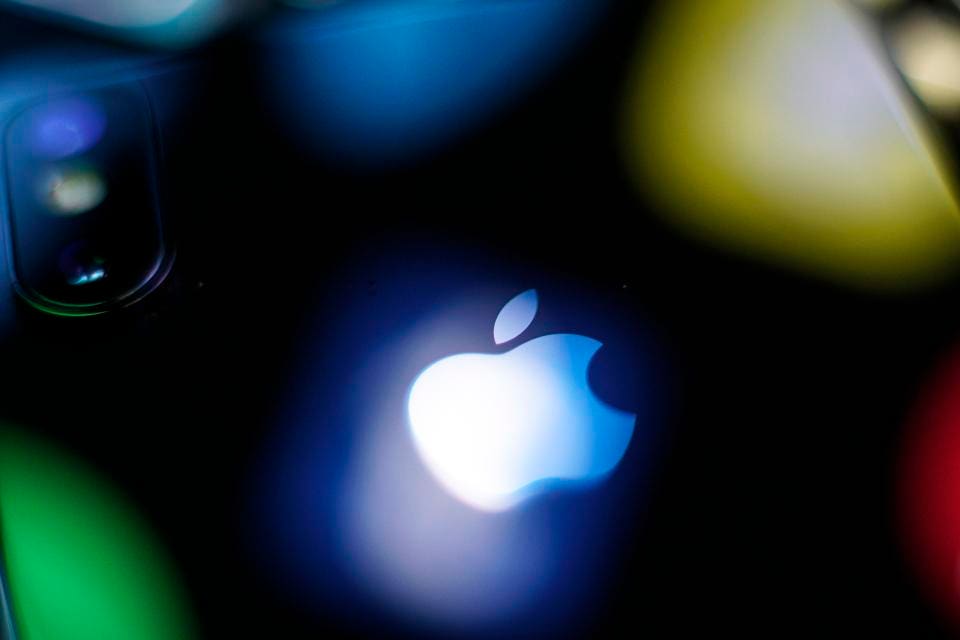 A Apple logo is seen on the back of an iPhone X in this photo illustration in Warsaw, Poland on March 5, 2019 (Photo by Jaap Arriens/NurPhoto via Getty Images)

What drives new iPhones sales? New and exciting technology, debuting on the iPhone, that no other platform has. It’s fair to say that this year’s iPhone may be new, but it is far from exciting. 2019’s premium smartphones are full-screen displays, multiple camera lenses, 5G connectivity, long battery life, fast charging, and security focused monsters. The iPhone 11 family retains the huge and ugly notch; 5G is delayed until 2020’s iPhone at the earliest; the battery capacity while increased is still less than Android smartphones; and this week’s DefCon conferences has torched Apple’s claims of the iPhone being totally secure and able to protect your data.

Without the engagement of consumers with a new iPhone, smartphone revenue falls. Without a rise in sales of new iPhones there is a smaller audience for Apple’s software and services. Without the increased revenue from services, Apple’s overall revenue will continue to fall.

This year’s iPhone is already shaping up to be a disappointment. If it does not reverse the falling trends of the iPhone X and iPhone XS years, then Apple will face the nightmare of falling down a rapidly steepening cliff face, hoping that the services gamble will pay off before it crashes out of the magical throne it sits on.