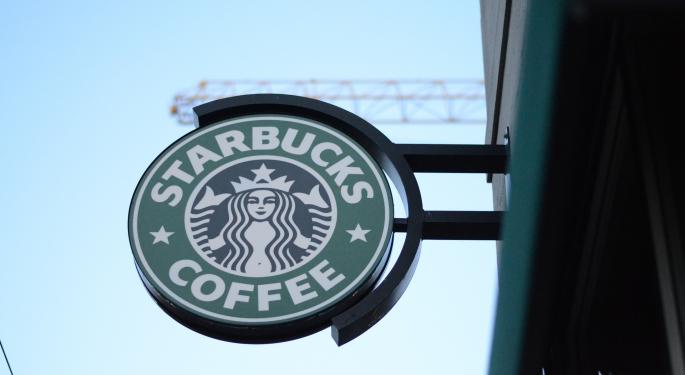 “Starbucks Teaches Silicon Valley a Lesson in Tech” by Alex Eule is the cover story and offers a look at how coffee giant Starbucks Corporation SBUX 0.64% has changed consumer payment behavior in a way that should inspire envy in Silicon Valley. And see why, despite a recent slowdown in same-store sales, Barron’s thinks shares could rise 20 percent or more over the next year.

Lawrence C. Strauss’s “In a World of Danger, Lockheed Looks Like a Safe Bet” points out that Lockheed Martin Corporation LMT 0.74%, the top defense contractor in the United States, is ramping up production of F-35s and should benefit from an expected boost in military outlays. The stock is up sharply since 2013, but could it rise another 14 percent over the next 12 months?

In “Static Ahead for Motorola Solutions?” Bill Alpert makes the case that shares of Motorola Solutions Inc MSI 0.28% could tumble in a few years if sales of its two-way radios used by first responders and emergency workers plummet due to a new multibillion dollar public-safety broadband network. Shares have marched higher since 2010, but should investors worry about a big downturn?

See also: Apple, Amazon, Tesla And The Changing Dynamics Of The Car Industry

Under private-equity firm KKR, Gardner Denver Holdings Inc GDI 0.14% retooled its compressor and pump business, according to “Don’t Dump This Pump Stock” by Jack Willoughby. Now it’s public again and trading above its recent IPO price. See why Barron’s feels that it will use its generous cash holdings to build its portfolio of brands, and that the stock may have upside of up to 40 percent.

In Vito J. Racanelli’s follow-up article, “A Fender Bender for Advance Auto,” find out why Barron’s recent bullish call on Advance Auto Parts, Inc. AAP 0.44% ran into a brick wall last week. Does the predicted turnaround remain intact? What should investors expect in the fourth quarter and beyond? In addition, another follow-up article offers suggestions for where to shop for retail stocks.