The BlackBerry KEYone is available to buy in the UK now.

After first being revealed at Mobile World Congress earlier this year, the new device was officially put up for sale in the UK earlier this week.

London’s Selfridges is the only place you can currently buy the BlackBerry KEYone, with the famous old department store having an exclusive until May 5th, when Carphone Warehouse will also start selling the device.

But does the launch of the KEYone mean that BlackBerry is really back? Express.co.uk went to find out. 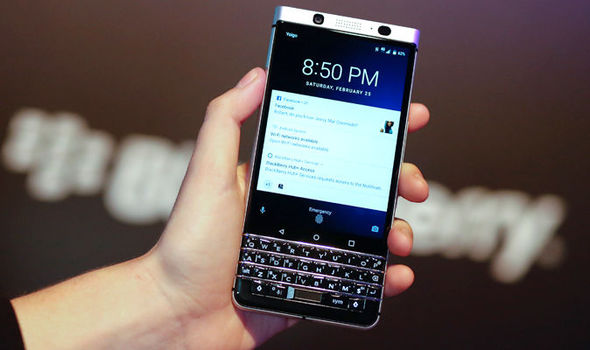 Could the KEYone be the device to launch an unlikely BlackBerry comeback?

For starters, it seems that the BlackBerry KEYone is setting itself up to be something truly different from everything else around today.

“But we’re not going in the same way as every other device.”

“There are so many alternatives around – but (the KEYone) is completely different – what we’ve decided to do is redesign for people to rediscover BlackBerry,”

“Every device looks the same now…but I think that people want choice, and this is what we’re offering them with KEYone.” 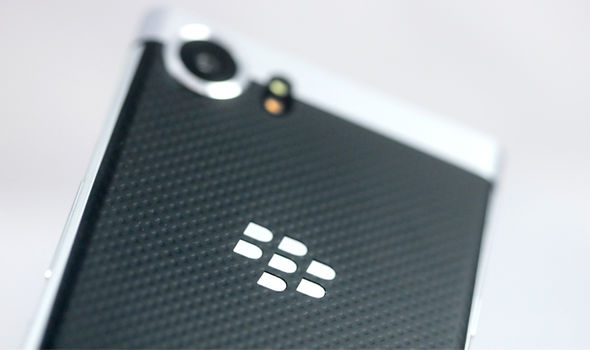 The BlackBerry KEYone features a markedly different design to past releases

The KEYone is certainly a visual departure from past BlackBerry devices, with a glamorous new all-metal build.

The front of the device also now combines the company’s iconic QWERTY keyboard with a touchscreen, meaning users get the best of both worlds.

BlackBerry is also keen to highlight the software included in its new device, particularly the DTEK security tools.

The company says that the KEYone is right up there with the most secure smartphones available today, with the advanced DTEK software combined with encryption built in to the device’s hardware itself.

“Security and privacy is at the heart of what we do,” Young says, “We are the world’s most secure Android phone.”

So is the KEYone the start of a new era for BlackBerry? Only time will tell.

Express.co.uk is currently putting the device through its paces, with a review coming up soon.

Young certainly thinks that the KEYone will be the key to get users to return to BlackBerry, and hopefully the start of another successful period for the company.

“We never went away – our customers did! This will be the device that will allow out customers to rediscover a new BlackBerry.”