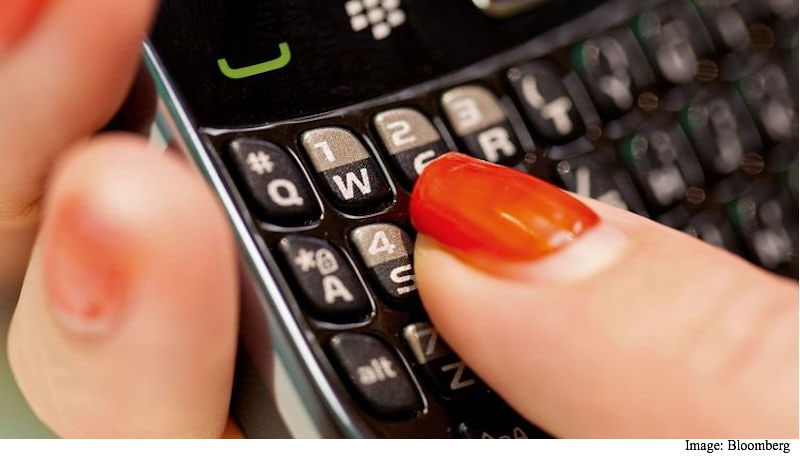 BlackBerry’s Got One Last Keyboard Smartphone for Its Fans
HIGHLIGHTS
BlackBerry CEO John Chen hints at bringing a new smartphone
BlackBerry has officially shut its mobile business
The company said it will focus more on the software division
BlackBerry Ltd. has officially stopped making its own phones, but the company has one last treat for die-hard fans: a new phone sporting its trademark physical keyboard.

Chief Executive Officer John Chen had hinted at the phone in September, but hadn’t confirmed it until Thursday, when he spoke to Emily Chang in an interview on Bloomberg TV.

“We have one keyboard phone I promised people,” Chen said. “It’s coming.”

Under Chen, BlackBerry has gradually shifted from smartphones to software and said in September it would completely stop producing, stocking and distributing its own phones. Instead, it will license the BlackBerry brand to outside companies to put on phones they build themselves. The physical keyboard is BlackBerry’s best-known smartphone feature, with many former users still lamenting its absence as they clumsily tap out e-mails on their iPhones and sign off with words like “pardon the typos.”
Chen, a Republican who served on President George W. Bush’s advisory council on exports, said earlier this year he was worried about Donald Trump’s anti-immigrant rhetoric. On Thursday, he said he hopes that as president, Trump will surround himself with moderates and pare back threats to end some visas for foreign tech workers.
“It happened, so we need to make the best out of it,” Chen said of Trump’s election. “Nobody really knows what he’s going to do next.”