While we already know that the newly-announced, Windows 10 Mobile-powered Lumia 950 flagship duo will be available next month, it has now been revealed that existing Lumia owners will start receiving the Windows 10 Mobile update in December. 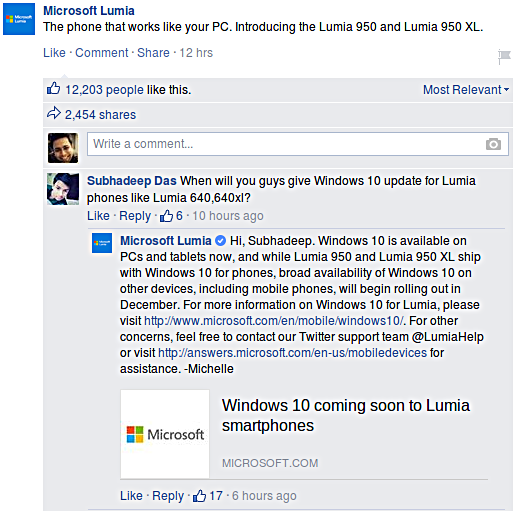 The information was revealed by Microsoft in a comment (see image above) on its official Lumia Facebook page while responding to a query related to Windows 10 Mobile update for the Lumia 640 and Lumia 640XL.

“It is our ambition to make an upgrade available for majority of Lumia smartphones running Windows Phone 8.1,” the software giant said in a separate comment, adding that 8GB of internal storage will be required for the update, meaning devices like the Lumia 530 will be out of luck.