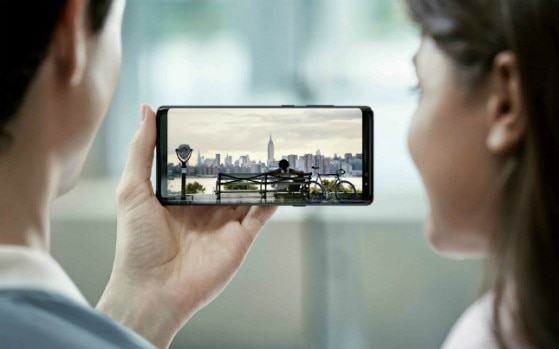 Samsung is set to launch the Galaxy Note 8 in India on September 12. This is a flagship phone with top-end hardware and Samsung is hoping that the Note 8 will help it exorcise the ghost of the Note 7, which had to be recalled due to battery issues last year. The company is expected to launch the Galaxy Note 8 with a price of nearly 60,000 in India.

Ahead of the launch, Samsung is asking people who will like to buy the phone to register themselves at a special website that the company has created for the Galaxy Note 8. People who register now will get the early opportunity to buy the phone.

The South Korean smartphone manufacturer first announced the Note 8 in its home market last month and reports then suggested that it would bring the device to the India around the second week of September. Incidentally, the Galaxy Note 8 will be launching in India on the same day when Apple will unveil the iPhone 8 in the US. The iPhone 8, aka the special or anniversary edition iPhone, is expected to come to India around the first week of October.

Apple has already confirmed to launch its anniversary edition aka iPhone 8 on September 12. The company is set to announce three phones at the event. Apple will launch the iPhone 7s, iPhone 7s Plus and also its anniversary edition which will either be called iPhone 8 or iPhone X or iPhone Pro or may be some other other name. However, compared to the Galaxy Note 8, which is expected to have a price of around Rs 60,000 in India, the iPhone 8 will cost nearly Rs 1 lakh.

The launch of Galaxy Note 8 in India marks beginning of a few big phone launches here. After Samsung with the Note 8 and Apple with the iPhone 8 have shown their cards, Google is expected to hit the market with Pixel 2 and the Pixel XL 2 in October. At the same time, there is Nokia that is expected to bring the Nokia 8 to the market this year.

The report hints that Samsung will be announcing the Galaxy Note 8 at an event that is to take place in New Delhi on September 12. The information apparently comes from Samsung-authorised dealers. The report notes that the South Korean smartphone manufacturer has already started sending out invites to outstation media. However, they haven’t mentioned the name of the event.

Samsung Galaxy Note 8 pretty much resembles this year’s other Samsung flagship phone the Galaxy S8+. The Note 8 comes with a 6.3-inch edge-to-edge display, which is curved on both the left and right sides. Samsung calls the display Infinity display, just the way it calls the screens in the Galaxy S8 and the Galaxy S8+ Inifinity screens.

But the screen is hardly the unique feature of the Note 8 despite the fact that it has been called the best display ever in a mobile phone by Display Mate, an agency that measures the quality of screens. The Galaxy Note 8 is the first phone by Samsung that comes with dual cameras at the rear panel. The phablet comes with two 12-megapixel cameras, where one captures wide-angle shots, while the other one comes with a telephoto lens with 2X optical zoom, similar to what the iPhone 7 Plus and OnePlus 5 have. On the front, the device comes with an 8-megapixel camera. It also comes with an S-Pen (a fancy stylus in other words) and a dedicated Bixby button. Galaxy Note 8 is backed by a 3,300mAh battery and is coupled with fast and wireless charging technologies.

As for the pricing details, Galaxy Note 8 was launched at $930 in its home market. Given that, chances are that the device may cost around Rs 59,561. Samsung is yet to confirm the launch date and price of the Note 8 in India.

Meanwhile, Samsung has started booking interested consumers who are willing to buy Galaxy Note 8. Consumers can register their interest on the Samsung India website. They just have to enter their details like — name, contact information, email ID, and Pincode, after which the registered consumer will get all the latest information about Galaxy Note 8. It should be noted that this is different from Pre-registration.