Starting today, Samsung’s four flagship smartphones launched this year are all receiving a security update. This currently applies to devices which were sold by T-Mobile.

Although none of them are ready to run Android 6.0 Marshmallow yet, the Galaxy S6, S6 edge, S6 edge+, and Note5 are all getting the latest security patches. 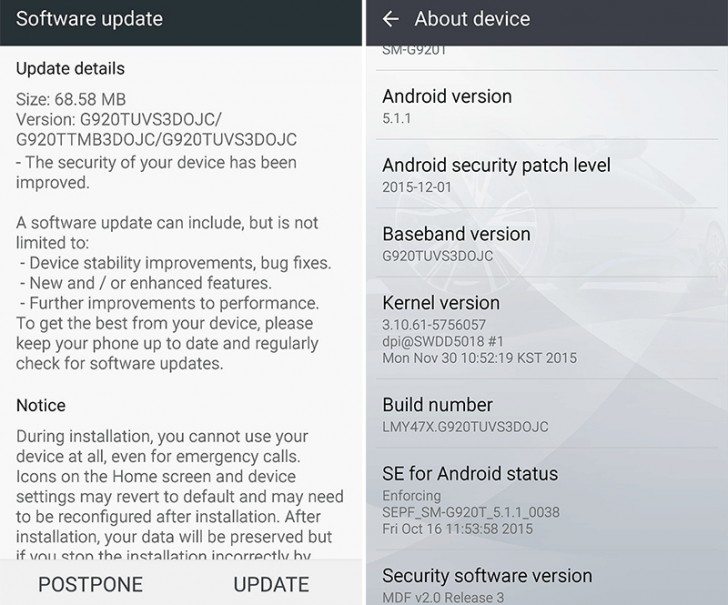 Google’s batch of fixes for December is included, along with some Samsung-specific enhancements. Another new thing is that, after having installed this update, the About device screen will receive a new entry. It’s “Android security patch level”, and this was first seen in Nexus devices with the Marshmallow release. Now though it’s making its way to other handsets too, and even ones on Lollipop – as is the case here. This field contains a date, and for now Google’s made this the first of the month – signifying that your phone has all security patches that were released up to that date.