Gionee has announced the new Gionee S6, the latest in its line of slim mid-range smartphones. 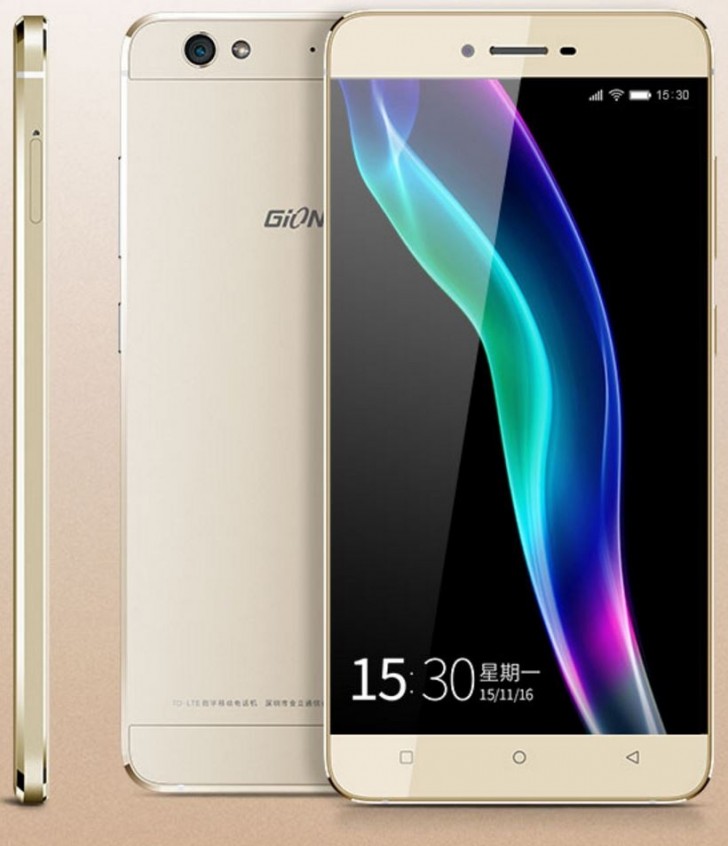 The Gionee S6 has a 5.5-inch 720p AMOLED display, MediaTek MT6753 SoC with 1.3GHz octa-core CPU and Mali T-720 GPU and 3GB RAM. The 32GB internal memory is expandable via the microSD card slot while the camera pair includes a 13 megapixel main unit and a 5 megapixel front snapper.

There’s a hybrid second SIM slot, so you can choose between dual SIM and single SIM and memory expansion. You get LTE support, USB Type-C connector, and a 3150mAh battery. The phone is running on Android 5.1 Lollipop with Gionee’s AMIGO OS 3.1 on top.

The S6 is a sleek device with a metal body, unlike the previous S-series devices that had glass back. It also has really thin bezels on the side, and Gionee claims the phone has a display to glass ratio of 77.8%. The phone is just 6.9mm thick at its thickest point.