Towards the end of last month Gionee first started teasing its upcoming Elife S6 smartphone. At the time we were given little more than the November 16 unveiling date.

Today though the Chinese company has decided to continue its teaser campaign. And, thankfully, this time around we are given a few glimpses at the smartphone’s design.

The announcement is still scheduled for November 16. The device seems to be made out of metal, and a gold version will surely be available. 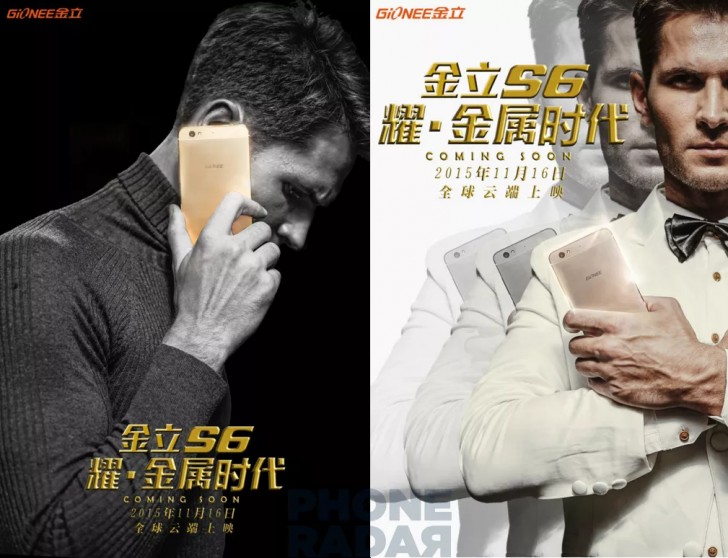 Based on the images, it looks like the Elife S6 actually has the model number GN9010. A Gionee handset with that designation passed through TENAA a few weeks ago, with a back that looks identical to what we see in these teasers.

On paper, it seems identical to the Elife S Plus that got official in India a few days ago, except for two things – the design and the amount of RAM. The Elife S Plus has 3GB of RAM, and it looks different too.
[“source-gsmarena”]