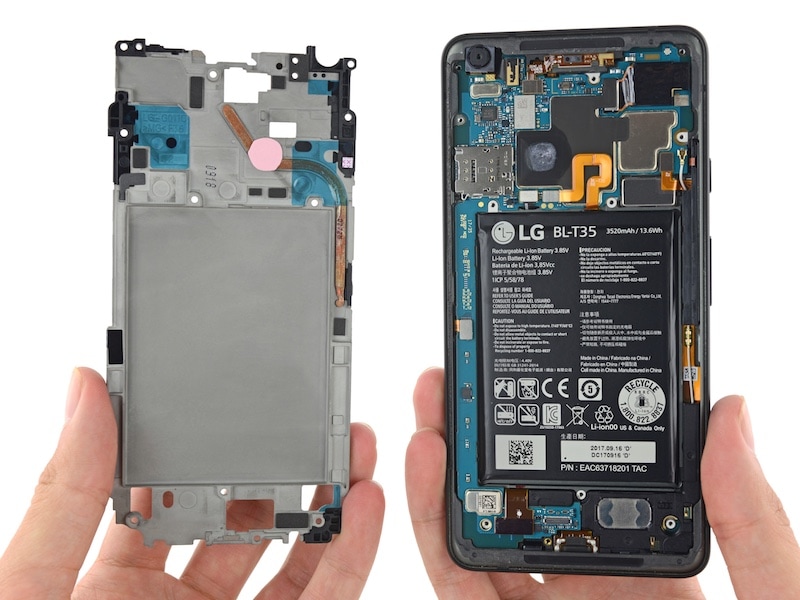 Google’s Pixel 2 and Pixel 2 XL, the company’s newly launched flagship smartphones, went on sale in the United States this week. As has become customary with major phone launches, folks at iFixit, a firm best known for tearing apart devices to find what’s inside them, cracked open the Pixel 2 XL handset to give us a glimpse at the level of engineering Google has implemented to stitch all the components together and the secret sauce that it has employed to pull off several of the features including the squeezable Active Edge sensors.

The Android-maker has placed a pair of “strain gauges” – a series of steel blocks with resistors between them – on both sides of the phone that detect the pressure and fires up Google Assistant, iFixit wrote. “As you squeeze, the outer row of gauges should be shortened, while the inner row is lengthened. This gives the Pixel software a larger absolute deflection to detect and measure to trigger the feature,” the firm wrote. If this whole setup rings any bell, it is because HTC, which has manufactured the Pixel 2 XL smartphone, performed the same engineering marvel in the HTC U11 flagship smartphone that was launched earlier this year.

Looking closely at the components that iFixit team disassembled, you will also find the Pixel Visual Core, the company’s self-designed SoC that is sitting idly inside the phone for now. Google surprised everyone earlier this week when it announced that Pixel 2 and Pixel 2 XL smartphones feature two SoCs. The company plans to activate the Pixel Visual Core chip when it releases Android 8.1 software update. Google says Pixel Visual Core will be enhance the camera capabilities of the phone.

Even as the Pixel 2 XL body doesn’t seem to show any antenna bands, the teardown confirms that they are indeed there. The teardown also reveals that the Google Pixel 2 XL has a magnesium mid-frame to provide “solid backing behind the display for when you’re candy crushing it”, which is always comforting to know, iFixit writes. To ensure the phone doesn’t heat up a lot, there is also a heat pipe for improved cooling.

Overall, iFIxit says it was pleasantly surprised to find that many components inside the Google Pixel 2 XL are modular, and could be easily replaced once the display assembly has been carefully removed. The screws used in the Pixel 2 XL is Philips #00, which is also something you will be able to find in many phone repair stores. But the DIY enthusiasts are up for some disappointment if they want to replace the display, or get past the display as it is still “thin and poorly supported,” and the battery is tightly “walled-in.” iFixit has given the Google Pixel 2 a repairability score of six out of 10, which isn’t that bad at all.