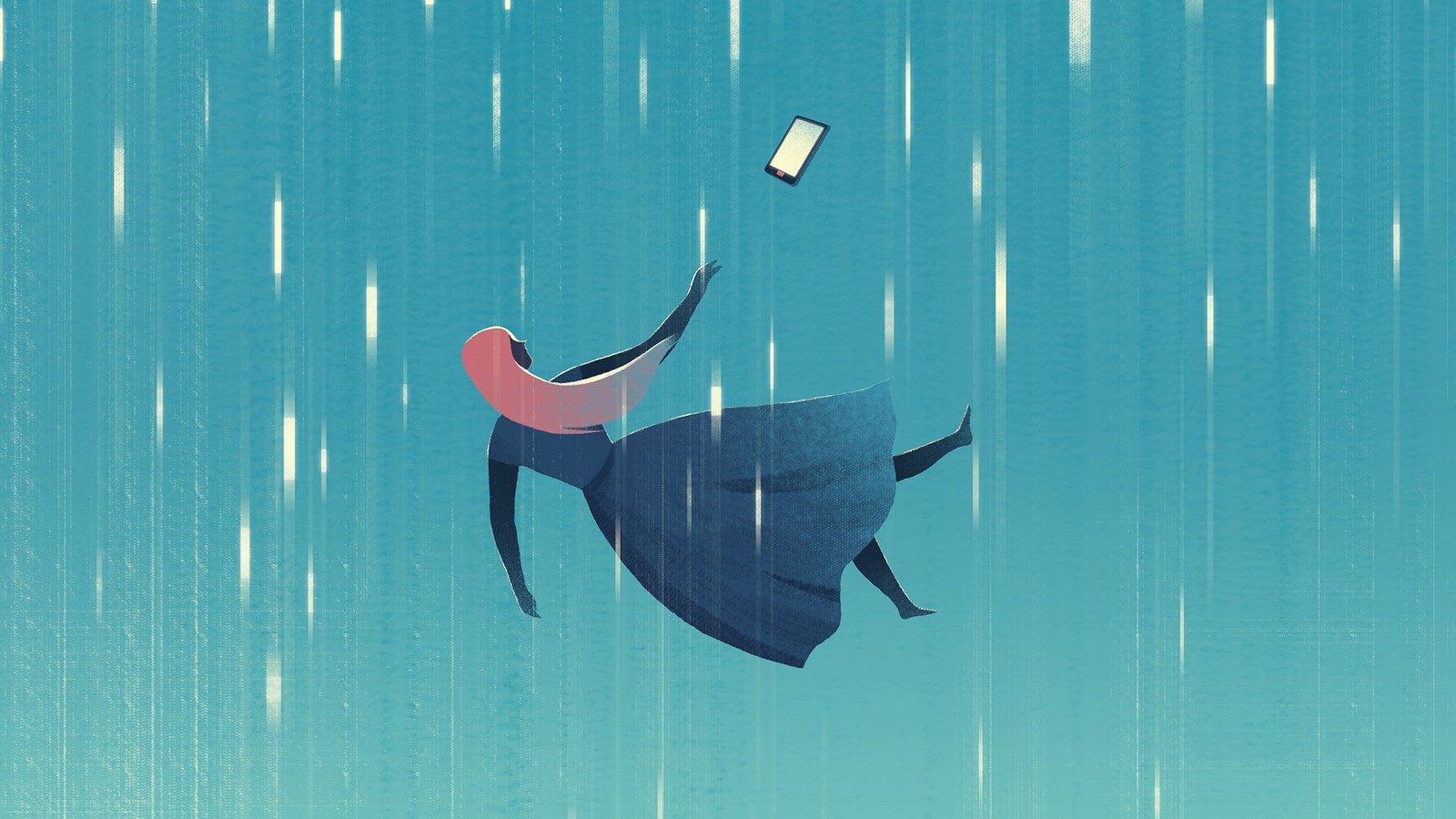 One day last summer, around noon, I called Athena, a 13-year-old who lives in Houston, Texas. She answered her phone—she’s had an iPhone since she was 11—sounding as if she’d just woken up. We chatted about her favorite songs and TV shows, and I asked her what she likes to do with her friends. “We go to the mall,” she said. “Do your parents drop you off?,” I asked, recalling my own middle-school days, in the 1980s, when I’d enjoy a few parent-free hours shopping with my friends. “No—I go with my family,” she replied. “We’ll go with my mom and brothers and walk a little behind them. I just have to tell my mom where we’re going. I have to check in every hour or every 30 minutes.”

Those mall trips are infrequent—about once a month. More often, Athena and her friends spend time together on their phones, unchaperoned. Unlike the teens of my generation, who might have spent an evening tying up the family landline with gossip, they talk on Snapchat, the smartphone app that allows users to send pictures and videos that quickly disappear. They make sure to keep up their Snapstreaks, which show how many days in a row they have Snapchatted with each other. Sometimes they save screenshots of particularly ridiculous pictures of friends. “It’s good blackmail,” Athena said. (Because she’s a minor, I’m not using her real name.) She told me she’d spent most of the summer hanging out alone in her room with her phone. That’s just the way her generation is, she said. “We didn’t have a choice to know any life without iPads or iPhones. I think we like our phones more than we like actual people.”

I’ve been researching generational differences for 25 years, starting when I was a 22-year-old doctoral student in psychology. Typically, the characteristics that come to define a generation appear gradually, and along a continuum. Beliefs and behaviors that were already rising simply continue to do so. Millennials, for instance, are a highly individualistic generation, but individualism had been increasing since the Baby Boomers turned on, tuned in, and dropped out. I had grown accustomed to line graphs of trends that looked like modest hills and valleys. Then I began studying Athena’s generation.

Around 2012, I noticed abrupt shifts in teen behaviors and emotional states. The gentle slopes of the line graphs became steep mountains and sheer cliffs, and many of the distinctive characteristics of the Millennial generation began to disappear. In all my analyses of generational data—some reaching back to the 1930s—I had never seen anything like it.