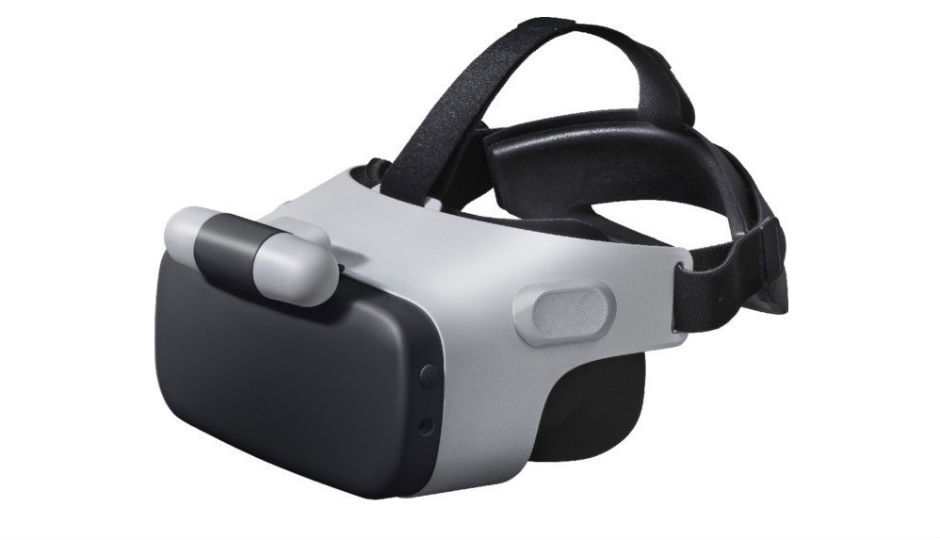 HTC has announced LinkVR, a new VR headset designed to work with company’s new U11 flagship smartphone. The LinkVR is company’s first mobile VR headset that will compete with Samsung’s Gear VR and Google’s Daydream View. It is also the first to offer six-degrees-of-freedom (6DOF) tracking.

HTC LinkVR appears to use an external camera to track motion and UploadVR reports that both the camera and controllers are bundled in the box. Interestingly, HTC Link does not carry any Vive branding and will only be available in Japan.

While HTC Link is designed primarily for the HTC U11, users need not fix the mobile device within the headset. Rather, they simply need to connect it via the included USB-C cable. The headset sports two 3.6-inch LCD displays with a resolution of 1080 x 1200 pixels and a refresh rate of 90Hz. The display offers an 110-degree field of view and houses a 2800mAh battery. The VR headset weighs around 554 grams and has 3.5mm audio jack. HTC Link is expected to go on sale in late July, and there is no word yet on pricing.