Market research firm IDC is forecasting a single-digit growth for worldwide smartphone market this year, something which would happen for the firm time. The firm is predicting a growth of 9.8% in 2015 to a total of 1.43 billion units.

As for the reason, IDC mentions slowdown in shipments in Asia/Pacific (excluding Japan), Latin America, and Western Europe. It also notes that the economic slowdown in China – the largest smartphone market by shipments – has affected the overall market growth. 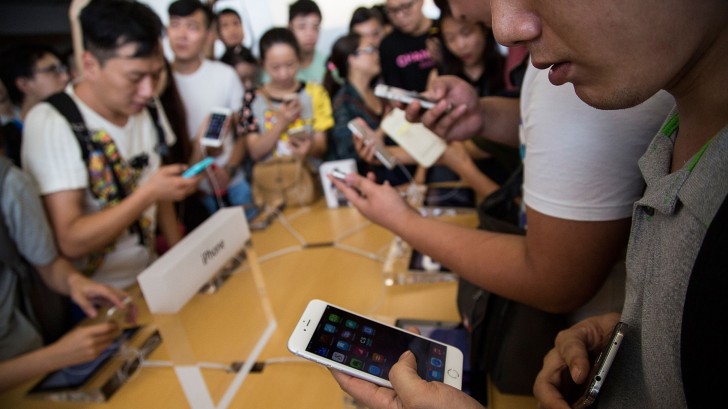 “With the smartphone market finally slowing to single-digit growth, maintaining momentum will depend on several factors,” said Ryan Reith , Program Director with IDC’s Worldwide Quarterly Mobile Phone Tracker. “The main driver has been and will continue to be the success of low-cost smartphones in emerging markets.”

“This, in turn, will depend on capturing value-oriented first-time smartphone buyers as well as replacement buyers. We believe that, in a number of high-growth markets, replacement cycles will be less than the typical two-year rate, mainly because the components that comprise a sub-$100 smartphone simply do not have the ability to survive two years. Offering products that appeal to both types of buyers at a suitable price point will be crucial to maintaining growth and vendor success.”

As for areas of growth, IDC says the Middle East & Africa (MEA) region will surpass “hot markets” like India and Indonesia this year with an year-on-year shipment growth of 50%.

The research firm is predicting the worldwide smartphone market growth to come down to just 4.7% by the year 2019. Here’s the detailed forecast data IDC shared for the 2015-2019 period:

While Google’s Android will continue dominating the smartphone OS market, Apple is expected to stay at the number two spot with a market share of around 14-15%. However, IDC isn’t expecting Windows Phone share to grow over the next four years, and the firm is even forecasting a year-over-year decline of -10.2% for the OS in 2015, saying it’s largely due to “lack of OEM partner support.”
[“source-gsmarena”]