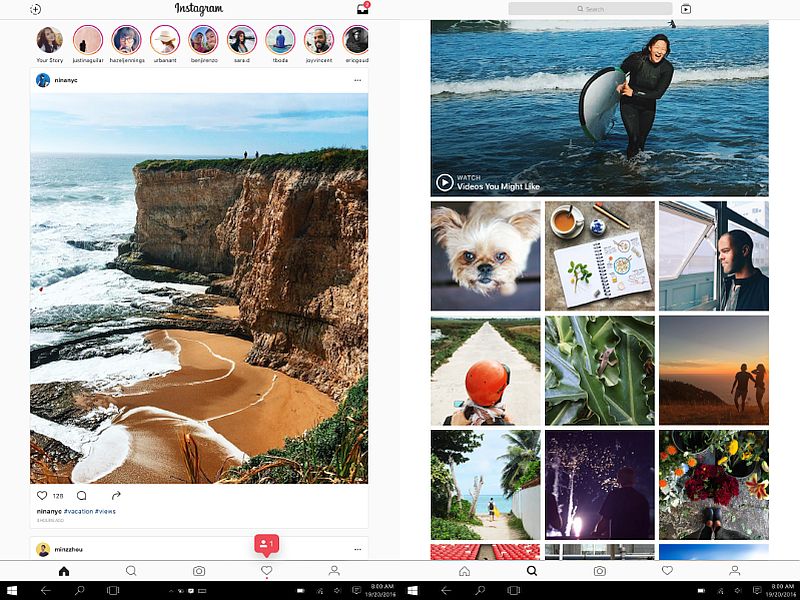 Much like the mobile version of the app, Instagram for Windows 10 tablets will allow users to capture, edit, and share directly from the device. However, the Windows 10 devices should pack a camera to click images.

The Windows App Store listing of Instagram notes, “Keep in mind that other devices running Windows 10 may not support certain features, like the ability to capture and upload photos and videos.” The app also includes all of the popular features including Instagram Stories, Direct, and Explore.

The Next Web points out that the new Instagram app for Windows 10 desktops and tablets is currently best suited for the latter. The report adds that the desktop app often crashes when adding a Story.
Back in April, Facebook, Messenger and Instagram apps arrived together on the Windows platform. Instagram arrived for Windows 10 Mobile in April, and is only now making its way to the Windows 10 desktop and tablets. Unfortunately, Instagram is still not “tailored” for iPads and users have to download a tweaked version of iPhone app.

“Today [Thursday], we’re excited to expand to more of the Windows community by bringing Instagram to tablets running Windows 10,” said Instagram team on Thursday in a blog post while announcing the availability for Windows 10 desktops and tablets.

Instagram in August crossed 1 billion downloads on Google Play and was the nineteenth app to do so on the Android platform. The app joined the likes of other popular apps from Facebook such as WhatsApp, Facebook, and Messenger. The image sharing platform already has a user base of 500 million monthly users.