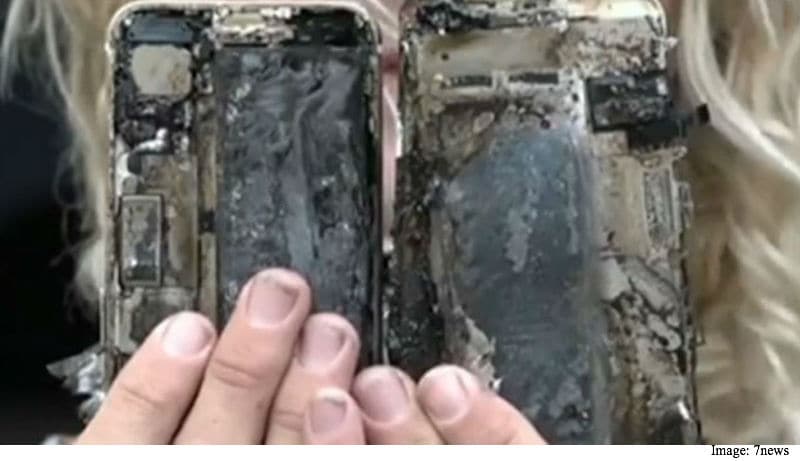 iPhone 7 Allegedly Bursts Into Flames and Damages Car; Apple Said to Be Investigating Incident
After the many reports of Samsung Galaxy Note 7 smartphones catching on fire which ultimately led to Samsung discontinuing the flagship, it now looks like Apple’s iPhone 7 is following a similar fate. Mat Jones, a surfer from the South Coast of New South Wales, Australia captured footage of the aftermath of a car fire, which he alleged was caused by his iPhone 7.

7 News reports that Jones had left his phone under a bunch of clothes in his car while he went to surf. He returned to find his car filled with smoke, with the phone having ignited and damaged the interior of the car.

“Ash was just coming from inside the pants which then, once you unwrapped the pants, the phone was just melting inside of it,” Jones told 7 News. Jones asserted that the iPhone 7 was a week old and was in no way damaged prior to the fire and he had not used a foreign charger.

Apple is reportedly aware of the incident and is investigating the reason behind the phone igniting. This isn’t the first such incident related to Apple’s newest iPhones. In late September, it was reported that an iPhone 7 Plus had exploded in transit, before even reaching the user.
So far, the incidents are still too few to expect a major recall on the scale of Samsung. However, such events only add to the alarming cases of lithium-ion batteries exploding and raise the question as to just how safe devices with these batteries really are.

Only time will tell if the latest incident is a one off or if Apple’s latest iPhones, much like the Galaxy Note 7, have missed certain quality checks along the way.