Lumia fans have been gorging on 950 rumors and the upcoming flagship is out yet again. @evleaks has contributed a press render to the already extensive efforts to show everything about the Microsoft Lumia 950 XL before it is officially unveiled. 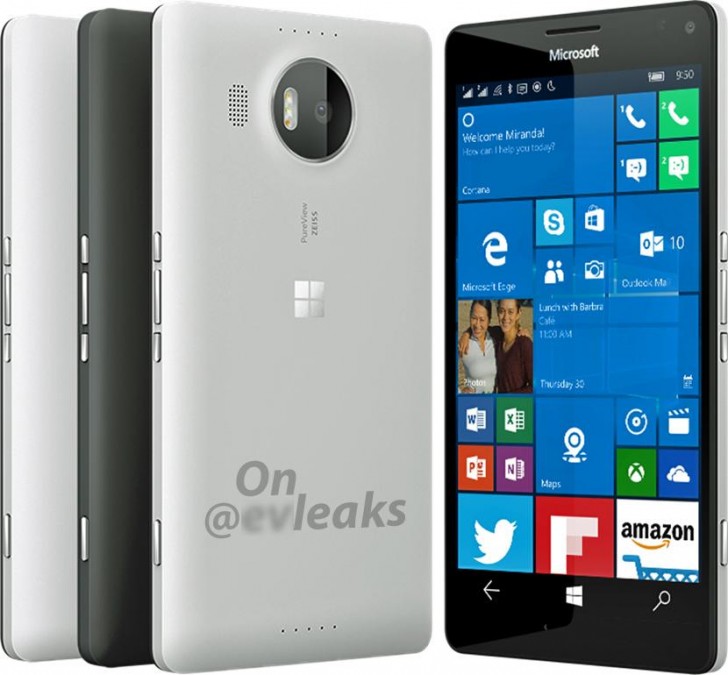 A keen eye will also spot the dual-SIM indicators on the display of the Lumia 950 XL. Microsoft embraced the multi-SIM format with its entry-level offerings and it seems this will permeate all the way to the top.