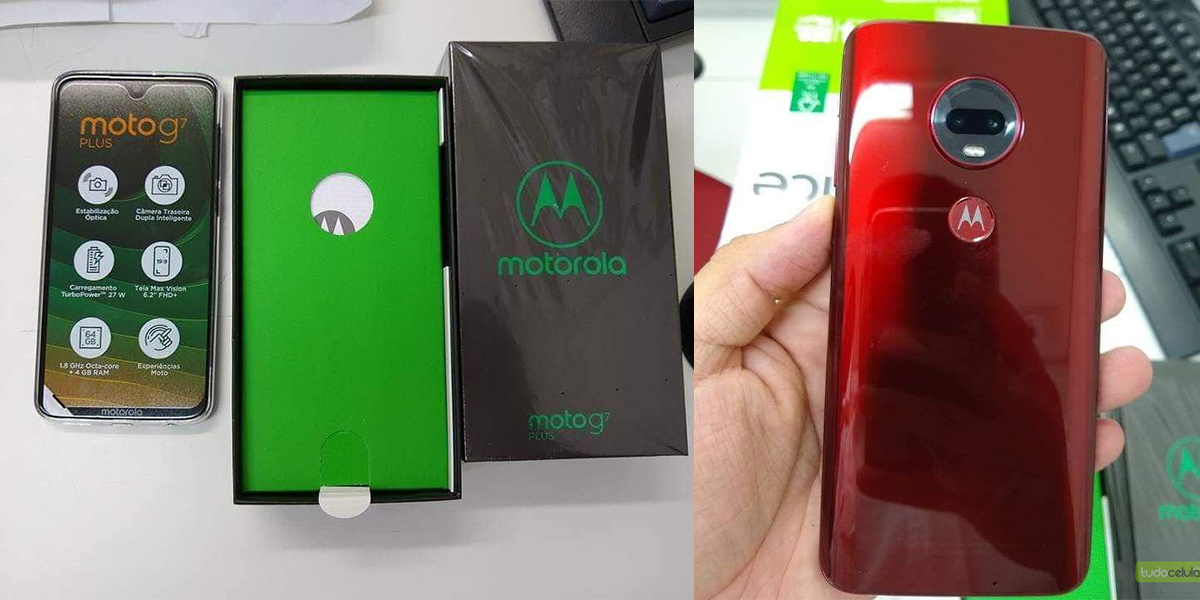 We’ve already had more than a glimpse of the Moto G7 thanks to a series of leaks and even Motorola dropping the ball on their own Brazilian website. Now, thanks to leaked real-life images, the Moto G7 Plus has been unearthed.

That means of the four total devices, we have pretty substantial information on all. The Moto G7, Moto G7 Play, Moto G7 Power and the Moto G7 Plus. These latest real-world leaks concern that of the Moto G7 Plus and show the retail packaging alongside confirming some earlier reports.

Thanks to these leaked images (via XDA developers), we get to see the Red color up close, whilst the included package screen protector confirms all of the internal device specifications. The color does look slightly different in tone to how it does in the previously leaked press renders.

In the press renders it was difficult to see the glossy nature of that deep red. It looks good given the less than stellar quality of the images. Having a basic silicone case in the box is a nice addition for anyone worried about having that good-looking red back take any dings and scrapes.

The screen protector showcases all of the specifications which include that 27W TurboPower charging speed, 6.2-inch FHD+ display, optical image stabilization and the 1.8 Ghz Octa-core Snapdragon 636 CPU backed up with 4GB of RAM.

Beyond these leaked images, we know that this Moto G7 Plus model will be the most expensive phone in the new Moto lineup. The Moto G7 Plus pricing is expected to cost €360 in European markets (~$315).