Lenovo introduced the Vibe P series with two new models – the P1 and P1m. The P stands for power, both handsets features massive batteries and the ability to charge up other devices.

Features a whopping 5,000mAh battery, the P1 promises up to 81 hours of battery life. The charger puts out a ridiculous 24W of power – just below Oppo’s 25W VOOC charger. The Rocket Charge function monitors the battery to prevent overheating and will give you close to 3 hours of talk time in 5 minutes of charging.

The phone can charge various accessories (like a Bluetooth headset) over USB OTG, it has enough juice for phones with smaller capacities too. The Lenovo Vibe P1 is so focused on long battery life that it features a physical switch, the OneKey Power Saver, that activates a low-power mode that doubles the battery endurance. The phone has an aluminum body with Gorilla Glass 3 on top of a 5.5″ 1080p display (IPS). The Home key below the screen packs a fingerprint reader for added security. The phone is powered by a Snapdragon 615 chipset with 2GB of RAM, running Android 5.1.

The Lenovo Vibe P1 features a 13MP camera with phase-detection autofocus on the back and a 5MP selfie camera.

The Lenovo Vibe P1 will launch in October starting at $280.

The smaller of the two, the P1m features a 5″ 720p screen and 4,000mAh battery. It can power other gadgets over USB OTG and features OneKey Power Saver but not Rocket Charge. Instead it relies on standard Quick Charge – 2 and half hours of talking in 15 minutes, 2 hours and 40 minutes to full battery.

The chipset on the Lenovo Vibe P1m isn’t as fast as that of its big brother either, a MediaTek MT6735P chipset brings a modest 1GHz quad-core processor, but it does keep the 2GB of RAM and runs Android 5.1. 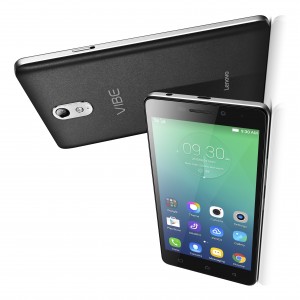 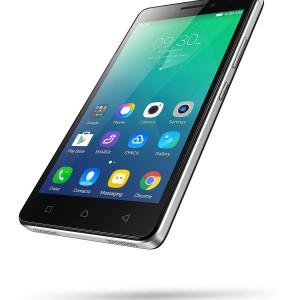 The body of the phone is made of polycarbonate and the innards have been nano-coated (by P2i), making it splash-proof. It’s thinner and lighter too – 9.3mm and 148g.

The Lenovo P1m will launch earlier than the P1 – mid-September – and will startat $160.