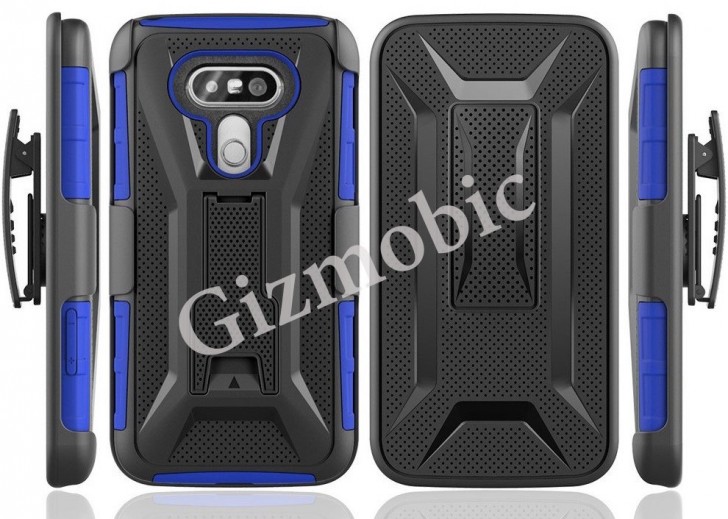 The LG G5 is taking the spotlight from the Galaxy S7 for a change and stars in another story today, this time courtesy of a case maker. Accessory manufacturers are given the phones’ drawings well in advance and have become a reliable source of intel on upcoming product designs.

So in this particular instance, we’re talking about a range of rugged G5 cases, which are just as good at providing protection, as they are at revealing certain design choices on LG’s part. For one, the dual camera on the back gets yet another confirmation, after today’s boxed prototype and an older diagram.

The circular fingerprint reader on the back is all but a certainty by now, but the volume buttons will be a thing of the past, for the G-series at least. Even though a couple of the case renders still feature remnants of those buttons, the volume rocker on the left side clearly states otherwise. The question must be asked then, where’s the power button, and by the looks of it the fingerprint sensor may actually be inside one, like on the V10.

The rest of the details are very much in line with the previous leak – a Type-C USB connector and speaker on the bottom, and the 3.5mm headphone jack on top. There’s a mic on either end of the smartphone, and we’d venture a guess that the second cutout on the top is for an IR blaster. The one thing that we can’t seem to get a confirmation on is the slide-out battery.