The LG G6 Mini aka LG Q6 seems to have visited benchmark website Geekbench revealing some key hardware specs of the phone in question ahead of its scheduled launch on July 11. The phone, as per the listing, does justify its mini credentials however it is also being tipped that it would carry the G6’s USP near bezel-less Full Vision display.

The  LG Q6 — LG-M700 – as per the Geekbench listing is powered by a 1.4GHz octa-core Qualcomm Snapdragon 430 processor clubbed with 3 gigs of RAM. The original G6, to recall, comes with a Qualcomm Snapdragon 821 processor paired with 4GB of RAM inside. The LG Q6 is further said to run Android 7.1.1 based LG UX which is LG’s custom skin. 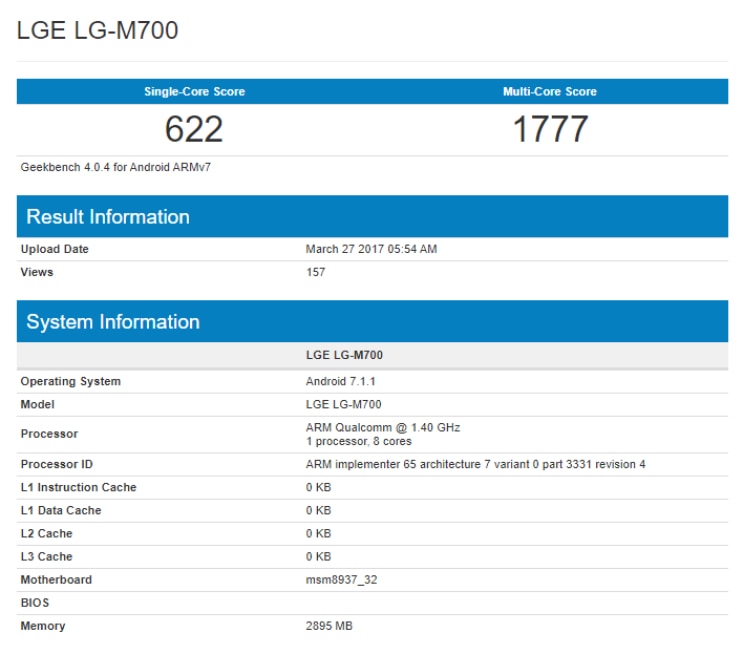 India Today Tech had previously reported that the G6 Mini was in fact in the works and that it would launch in India sometime in August-September. “Very soon India will see a variant of the G6 at a much more affordable price,” Amit Gujral who is head corporate marketing, LG Electronics India had said while speaking exclusively with India Today Tech in May. “We have always brought marquee features in our flagships and we have gone ahead, made much more efforts by our R&D to bring those features into slightly lower mid-end segment,” he had further said.

The marquee feature of the G6 is its unusual 18:9 Full Vision display. Now, multiple reports have come up seemingly confirming that the G6 Mini will indeed carry the same Full Vision display as the G6, only in a smaller 5.4-inch form factor. The screen-to-body-ratio of the Q6 will apparently be greater than 80 per cent. The notable exclusion in the Q6 is said to be the dual-camera system as the phone in question will reportedly come with a single 13-megapixel shooter on the back.