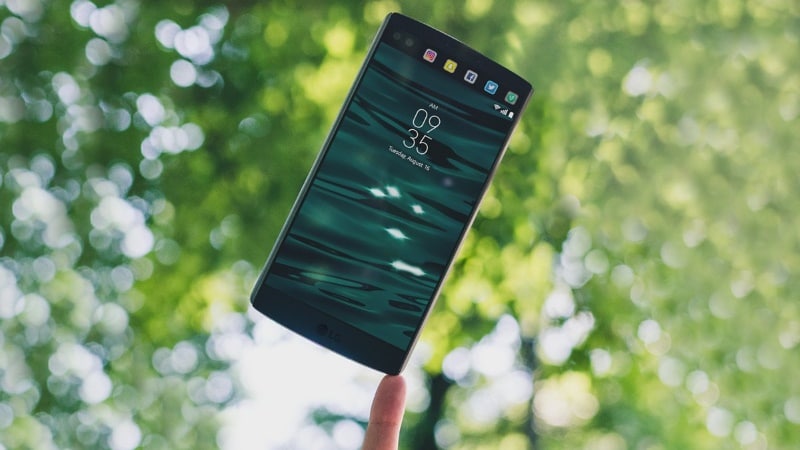 While Samsung is busy putting out fires (literally) on the Galaxy Note 7 recall, other smartphone makers are getting the most out of Samsung’s misery. The latest to take a dig at the South Korean giant is LG. The company’s customer care department seems to be randomly sending messages to users ahead of the Diwali festival with a friendly, yet mocking message.

The message – “Heard the news of exploding products? At LG, our products go through multiple tests to ensure safety of our most valuable asset – YOU. Have a safe Diwali with LG.” – is a clear jab at the recent news of exploding Galaxy Note 7 devices from Samsung. 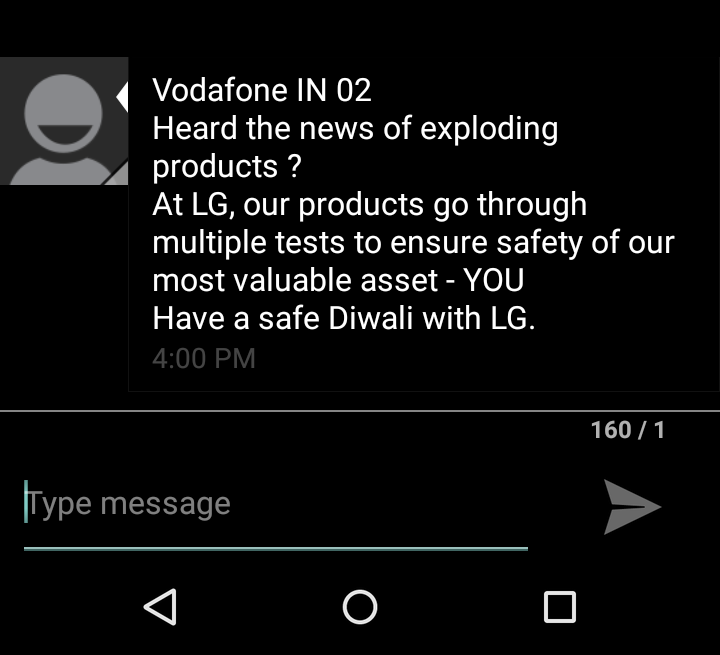 In September, Lenovo-owned Motorola also took a jab at Samsung when it offered free Incipio offGRID Power Pack with every Moto Z Droid purchase with a quote that read “At Moto, our priority is safety first. Unlike some manufacturers, we adhere to the highest standards in quality and testing of all our batteries.”The LG V20 is ready to go on sale this month and it looks like the company is hoping Samsung’s recent tragedy will attract customers over to its side. LG India’s Managing Director, Kim Ki-Wan, confirmed to Gadgets 360 that the company plans to bring the LG V20 smartphone to India soon, perhaps just in time for the Diwali festival.