When Motorola made its comeback to the Indian market in 2014, the budget-friendly Moto E played a major role in its success. The company received a massive response to the first Moto E launch, leading Flipkart servers to crash and units to go out of stock within seconds. Motorola followed the same strategy with its second-generation Moto E (Review) but didn’t quite achieve the same level of success in India thanks to stronger competition.

Now, post takeover, Lenovo is launching the third-generation Moto E. There is however a change this time; the model that is launching is called Moto E3 Power, and it’s a variant of the Moto E3 for India. The Moto E3 Power is definitely superior on paper thanks to its bigger battery, and twice the amount of memory and inbuilt storage. But will that be enough to take on the likes of some popular budget smartphones in the country? Only time will tell. We spent some time with the new Moto E3 Power at its launch event in New Delhi, and here are our first impressions. 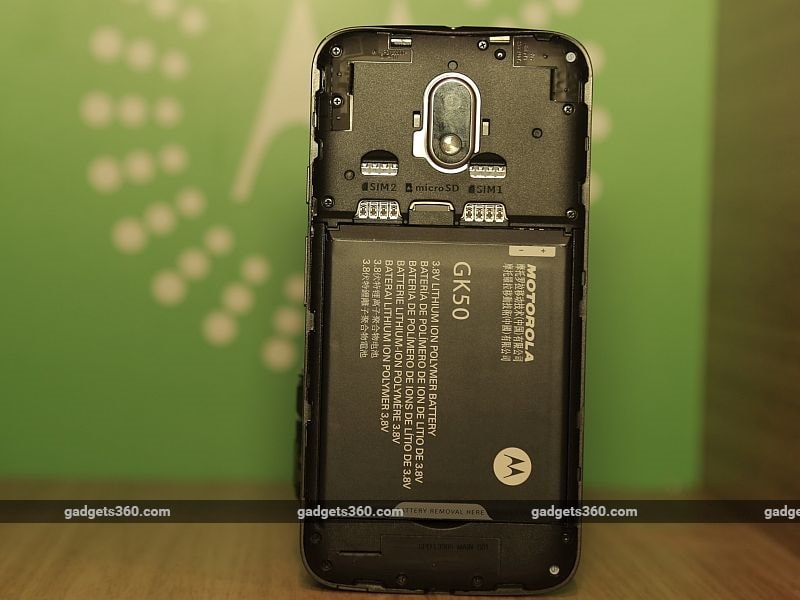 One of the biggest highlights of the Moto E3 Power is its large 3500mAh battery, and this is being marketed heavily by the company. Making the deal even sweeter, Lenovo will ship a 10W charger in the Moto E3 Power’s box. The phone supports rapid charging, which means plugging it in for 15 minutes will give you up to five hours of battery life, according to the company. 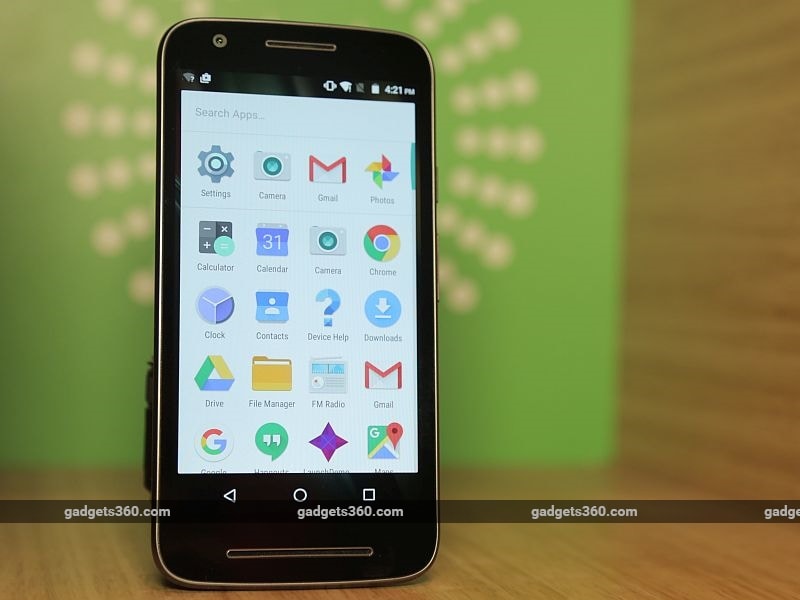 The new Moto E3 Power definitely looks a lot like the first-generation Moto E with speaker grilles both above and below the display. The 5-inch screen makes this phone feel taller than the original Moto Ewhich had a 4.3-inch display as well as the Moto E (Gen 2) which had a 4.5-inch display. The front of the new phone is plain with no branding, while the rear sports the iconic Moto logo just below the camera. We liked the textured rear panel and the metal frame, which both give the Moto E3 Power a sturdy feel as well as decent grip.

The volume and power buttons are on the right, while the left is blank. The 3.5mm audio jack is on top, and the Micro-USB charging port is on the bottom. At around 154 grams, the phone feels slightly heavy for its size, and with a 9.5mm side profile, it’s also quite thick. 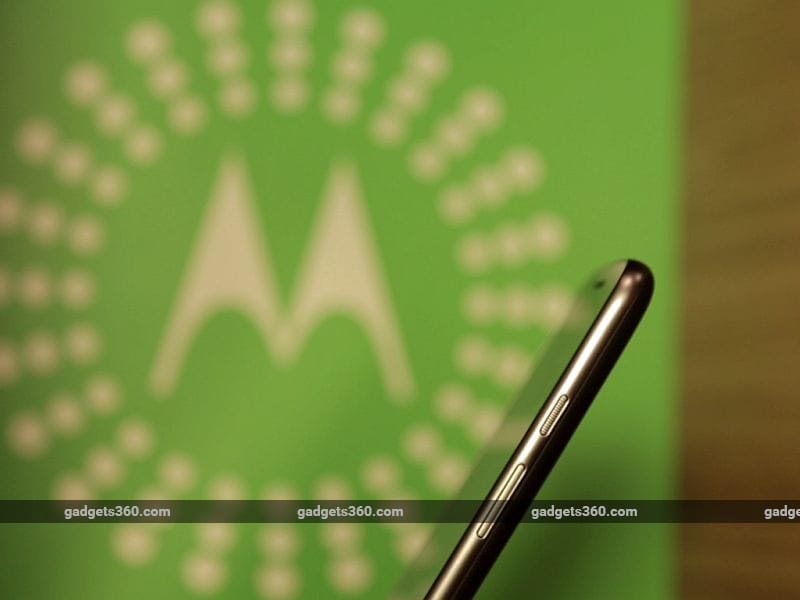 In terms of display, Lenovo at the launch touted that the Moto E3 Power sports the “biggest and brightest” display ever for a Moto E-series phone. The E3 Power sports a 5-inch HD (720×1280-pixel) IPS display which is certainly an improvement over the previous generation’s qHD (540×960-pixel) resolution. That means that despite its bigger display, the Moto E3 Power also sports a higher pixel density which now stands at 294ppi. We were however surprised to see no reinforced glass. This was one feature that both previous Moto E models offered. During our limited time with the device, the display on the Moto E3 Power seemed crisp and did a decent job for the most part. We liked the viewing angles but were however slightly disappointed with the display’s brightness which might be an issue under direct sunlight.

Lenovo has gone for onscreen buttons instead of capacitive ones for Android’s Home, Recents, and Back navigation controls. The physical volume and power buttons placed on the right offer decent tactile feel. Much like previous Moto handsets, the Moto E3 Power will also sport a nano-coating which is claimed to protect it from rain splashes. 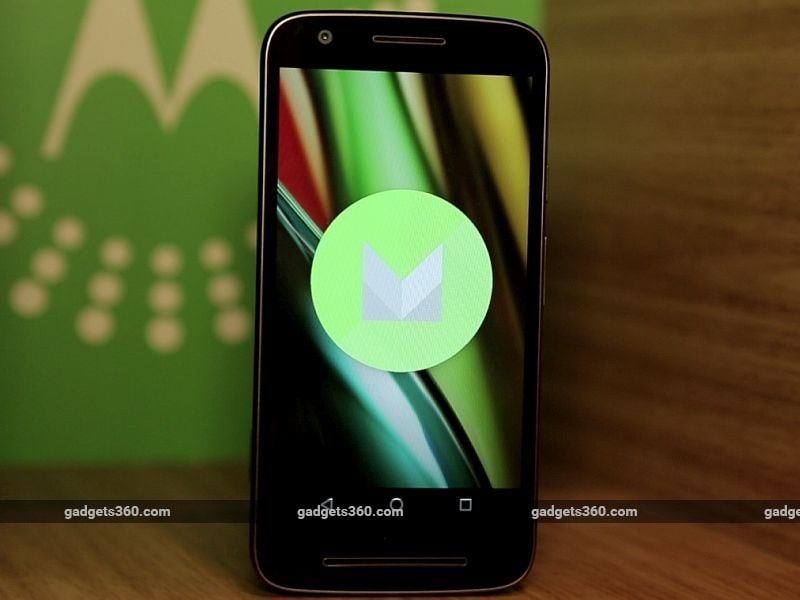 The Moto E3 Power runs near-stock Android 6.0 Marshmallow with very minimal tweaks from the company. The unit that we played with had the Google Now launcher which was set as the default. There are not many third-party apps installed on the phone which is good for users as they get the most out of the 16GB of onboard storage. The phone supports storage expansion via a microSD card (up to 32GB). Additionally, Lenovo is also offering two years of free photo storage on the Google Photos app. 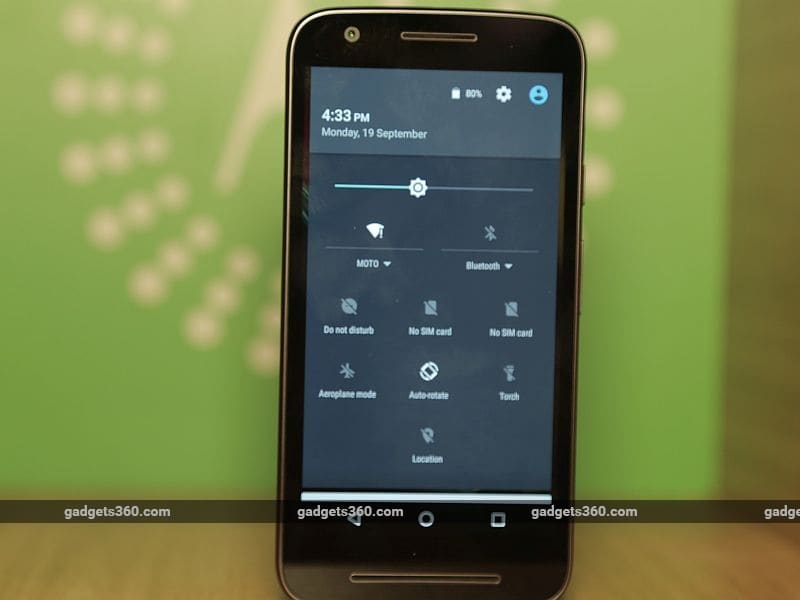 This new phone is powered by a 64-bit 1GHz quad-core MediaTek MT6735P processor, and has 2GB of RAM. For those familiar with the Moto E series of smartphones, the previous Moto E model was powered by a Qualcomm Snapdragon processor. In the time we spent with a Moto E3 Power demo unit, we found that the smartphone was responsive to touch inputs and quick enough with multitasking. Apps launched quickly without delays. Stay tuned for when we put this phone through its paces for a detailed review.

One of the biggest improvements on the Moto E3 Power is in the camera department. This phone sports an 8-megapixel rear camera with LED flash, with features like 720p HD video capture and burst mode. It also has a 5-megapixel front-facing camera with a beautification mode. 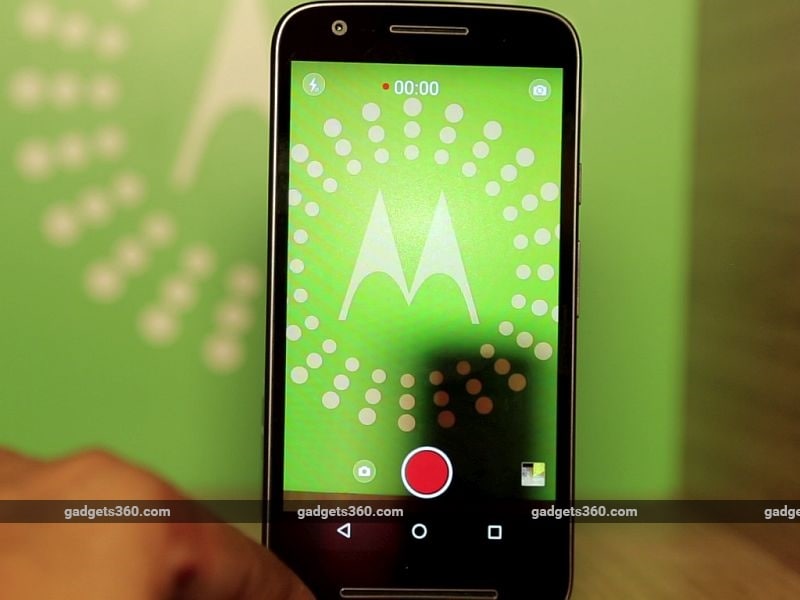 The camera app on the Moto E3 Power launched quickly after tapping on the icon. In our short time with the device, we found that images taken under normal lighting seemed crisp, with good amounts of detail. On zooming in, we however saw pixellation in the corners. The front-facing camera took decent images though we will reserve our verdict on the cameras until we get a chance to test them under varied conditions.

Final Thoughts
At Rs. 7,999, Lenovo’s Moto E3 Power seems like a decent overall package. The device will be available exclusively through Flipkart from midnight on Monday with plenty of launch offers. 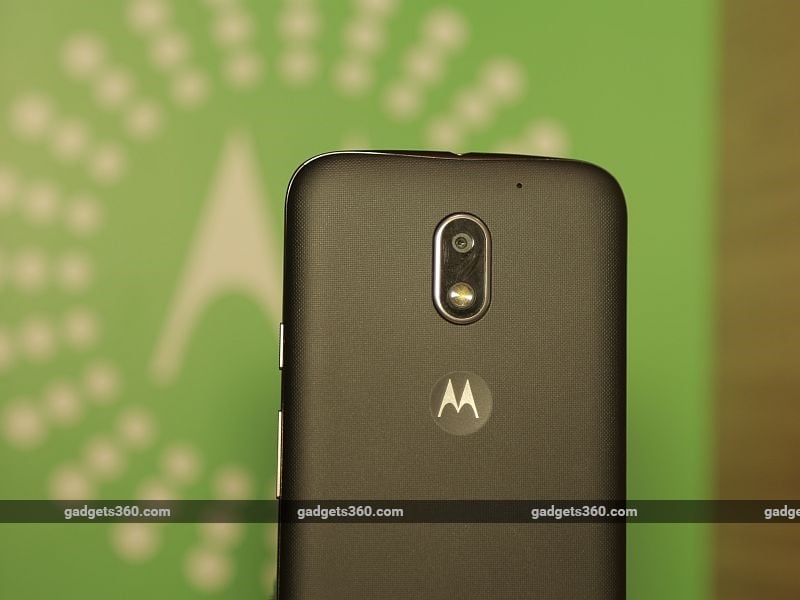 Amit Boni, General Manager, Motorola Mobility at the launch event revealed that there are over 3 million Moto E users in India, which is a testament to the popularity of the previous two models. However, at its price point, the new Moto E3 Power will be competing against some of the most popular phones in the country, including the Xiaomi Redmi 3S which is priced lower at Rs. 6,999 and offers better features such as an all-metal body and a massive 4100mAh battery.

The new Moto E3 Power will also be challenged by Lenovo’s very own Vibe K5 Plus and Vibe K5 which are already available in India priced at Rs. 8,499 and Rs. 6,999 respectively.

On being asked whether the Moto E3 Power will pose a problem for existing Vibe models in the Indian market, Sudhin Mathur, Executive Director, Lenovo MBG India stated that the sub-Rs. 10,000 price segment is too big and there’s “something for every phone”.

The Moto E3 Power brings a lot of upgrades and improvements compared to its predecessors but is it worth buying, especially with competition as fierce as it is? Stay tuned to Gadgets 360 for a full review of the Moto E3 Power, coming up soon.