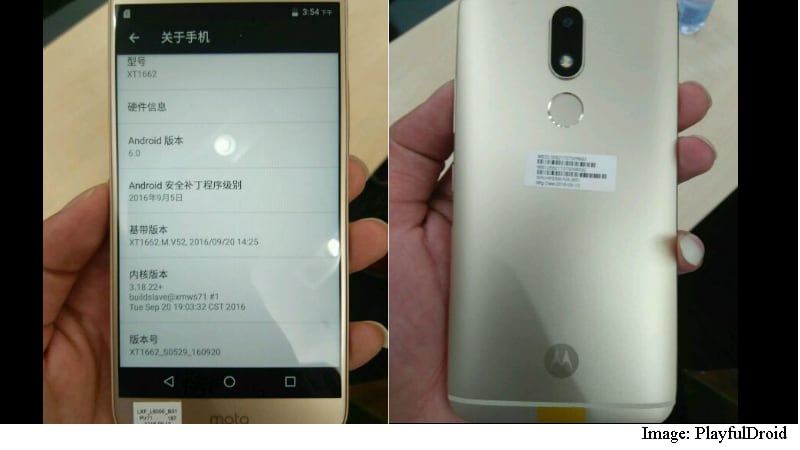 Motorola Moto M Leak Tips Fingerprint Scanner at the Back

Motorola’s Moto M has been leaked on various occasions revealing specifications and design details, and now fresh images give more hints on what the upcoming Motorola smartphone will look like.

In this fresh image leak, the Moto M silver colour variant is seen from the front and back. If these images are indeed showing the Moto M, the smartphone will be the first in the recent past from the Moto brand to sport a fingerprint scanner at the rear. The capsule-like camera structure sitting just on top of the scanner is in sync with other Moto-branded smartphones, and the Moto M is seen sporting a full metal build as well.

The display has the information screen lit revealing key details. The Moto M sports the model number XT1662, and it runs on Android 6.0 Marshmallow alongside the September security patch. A separate leak last week showed that the Gold variant is also in the offing. It also spoke the same story as the photos that leaked this week. 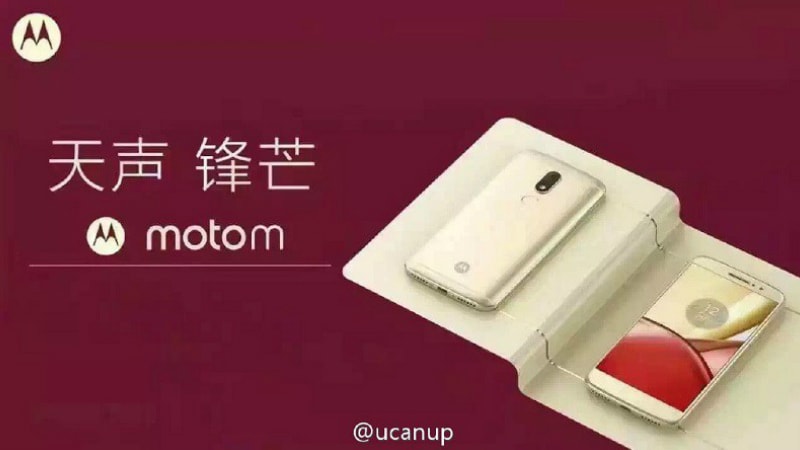 Past leaks indicate that the Moto M is scheduled to release sometime in November and sport 5.5-inch full-HD (1080×1920 pixels) display. It is said to be powered by a 2GHz MediaTek MT6755 octa-core SoC with 3GB or 4GB of RAM. It is expected to offer 32GB or 64GB of internal storage as well.

The Moto M is likely to sport a 16-megapixel rear camera accompanied by an 8-megapixel or 5-megapixel selfie snapper. The smartphone is expected to pack a 3000mAh battery. It is likely that the smartphone might be coming in different size variants as well. However, like every other leak, we will have to wait for an official announcement by the company to clear things out.