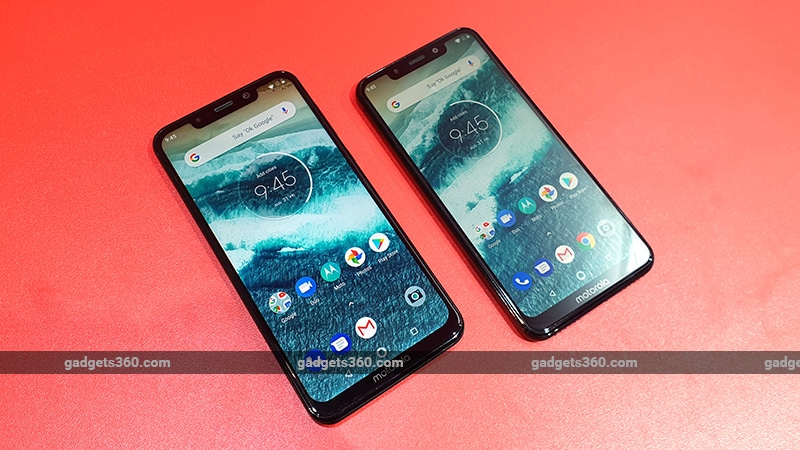 Lenovo announced new PCs and smart devices across multiple product lines on the eve of IFA 2018, but saved some surprises as well. We are talking about the Motorola One and Motorola One Power smartphones, which were unveiled on the first day of the electronics trade show in Berlin. The two new phones follow the Motorola P30’sdesign, with screen notches and vertical dual-camera setups on their rears. Both use stock Android, and are part of Google’s Android One programme. We were present at IFA 2018 and had a chance to spend some time with these new devices.

We start with the Motorola One, which is the more striking of the two thanks to its glass back and slimmer profile. We found it easier to manage with one hand, although the back attracts a lot of fingerprints very easily. The borders around the display aren’t very narrow so your fingers don’t accidentally touch the screen when you hold this phone. It has a sizable chin at the bottom as well, where Lenovo has put the Motorola logo. The notch isn’t too deep but it’s quite wide on the top, which is what makes it resemble the Apple iPhone X (Review) a lot. The fingerprint sensor is placed under the ‘M’ logo at the back of the phone, just like we’ve seen recently on the Moto G6 Play (Review) and Moto E5 Plus (Review).

The display of the Motorola One seemed fairly bright and legible but the HD+ resolution (720x 1520) on a 5.9-inch panel isn’t great. Text and icons weren’t very sharp when we looked at them closely. The phone felt snappy thanks to its 4GB of RAM and Qualcomm Snapdragon 625 mobile platform, plus it also helps that it runs on stock Android 8.1 Oreo. Moto gestures for turning on the flashlight or activating the camera are also present. The rear camera setup consists of two 13-megapixel sensors, while on the front, you get an 8-megapixel sensor.

The second phone, called the Motorola One Power, is more interesting because we were told that it has been designed specially for our market. Looking at the specifications and estimated pricing, it’s easy to see what audience Motorola is targeting. This phone features a 6.2-inch full-HD+ display, a Snapdragon 636 SoC, and a massive 5000mAh battery. It’s estimated to be priced under Rs. 15,000. If you haven’t guessed already, this phone is a straight-up competitor to the Xiaomi Redmi Note 5 Pro (Review). 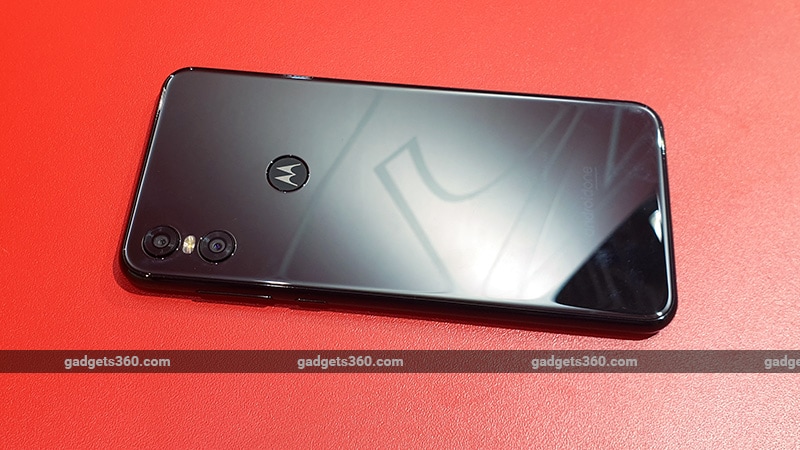 The Motorola One features a glass back, dual cameras and runs on the Snapdragon 625 SoC

The Motorola One Power looks similar to Motorola One from the front. There’s a notch on the top, a chin at the bottom, and not-so narrow borders on the sides. The glass back has been ditched for plastic or polycarbonate, which makes it easier to keep clean but lacks the premium feel of the Motorola One. The camera module is designed a bit differently too, and features a 16-megapixel main sensor with a 5-megapixel depth sensor. It also has 4GB of RAM and 64GB of storage, which at the moment, appears to be the only configuration.

While neither model offers anything groundbreaking in terms of design or features, the fact that they are part of the Android One programme might make all the difference to some potential buyers. We understand that custom UIs have some benefits, but they usually means longer waits for software updates, which is still an issue in the budget and mainstream segment. Android One ensures that both of these Motorola phones will get Android Pie as well as Android Q updates from Google, plus security updates for the next three years.

The Motorola One Power is slated to launch in India around October, and although we don’t have an exact price yet, we’re told that it should be under Rs. 15,000. If the Motorola One Power is as good as it looks on paper then it should give stiff competition to the Redmi Note 5 Pro (and the upcoming Redmi 6 series), but it would most likely cannibalize sales of the Moto G6 (Review). The Motorola One is priced at 299 Euros (roughly Rs. 24,000) and will be launching at some point in the months to come. However, given the features and specifications it offers, Lenovo is going to have a tough time convincing buyers in India, especially with options like the Poco F1 (Review) around. 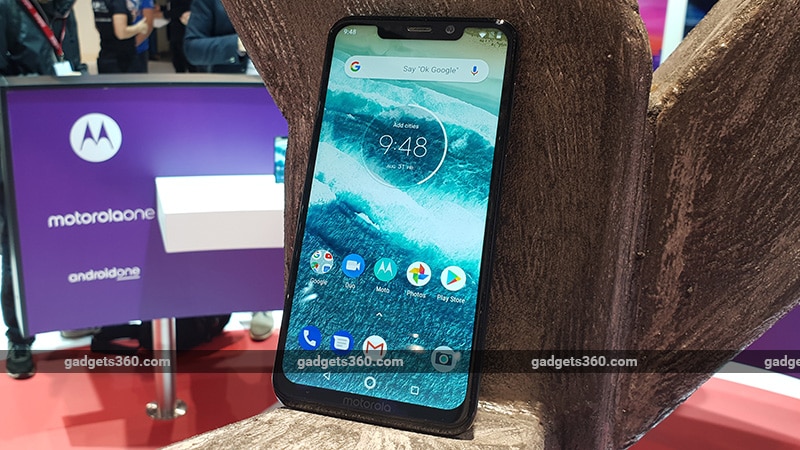 The Motorola One Power features a 5000mAh battery, a full-HD + display and runs on the Snapdragon 636 SoC

Do you think the new Motorola duo have a fighting chance in India at their proposed price points? Let us know what you think in the comments.

Disclosure: Lenovo sponsored the correspondent’s flights and hotel for the trip to IFA, Berlin.