We already know that Xiaomi is holding a product launch event on November 24. While we were initially expecting the Mi 5 flagship, it’s all but confirmed that the Redmi Note 2 Pro will be unveiled during the event. And Now, it looks like the company has started teasing the features of the handset. 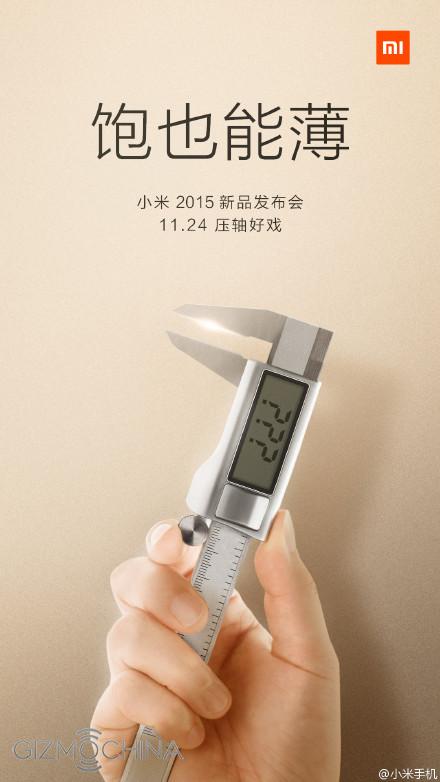 A new teaser (see above) posted by the company on its official Weibo account indicates that the smartphone – which was spotted listed at TENAA last week – will be thin.

What’s interesting is that the title of the Weibo post says (translated), “Phone design is very complex, each adding a new feature , may mean that other aspects of compromise …… November 24 grand finale , willful and uncompromising.”

While it’s a bit difficult to say what exactly that means, the best guess (considering the word “uncompromising” at the end) would be that the device will not only be thin but will also feature a large battery – rumors currently say that the device will pack in a 3,060 mAh battery.

Whatever the case, will know pretty soon, as the unveiling is just days away.
[“source-gsmarena”]