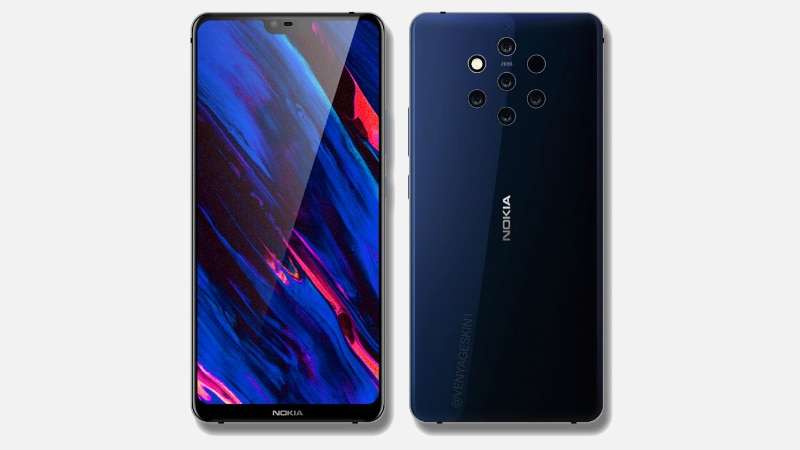 Nokia 9 render shows off Zeiss branding at the back

Nokia 9 with a penta-lens camera setup is presently one of the most anticipated developments in the smartphone market. While nothing official about the handset has so far been confirmed, the awaited Nokia 9 has now been leaked in a fresh render that shows its entire front and rear design. The render reveals the presence of a display notch that looks similar to what was featured on the Nokia X6. Also, there is a thin-bezel display that covers the entire frontal area. The back view of the Nokia 9 shows the five camera sensors. Some previous reports claimed that the Nokia 9 will be based on Google’s Android One programme. It was initially expected to come at the IFA last week, but the company didn’t make any formal announcement around its presence at the six-day event in Berlin, Germany.

Developed by tipster Benjamin Geskin, the render shows that the front view of the Nokia 9 is dominated by its thin-bezel display that has a notch on top. The display notch has a room for the front-facing camera sensor as well as the earpiece and some sensors, including the ambient light sensor and the proximity sensor. Below the display, there is nothing special, but Nokia’s branding shines in silver colour.

It is worth noting here that the render is based on the recent leaks of the Nokia 9. Therefore, the formal design of the handset could include some major changes. The past reports have suggested that the handset could come with a 6.01-inch display along with a Gorilla Glass 5 protection on top and will be powered by a Qualcomm Snapdragon 845 SoC, coupled with up 8GB of RAM and 256GB of onboard storage. The Nokia 9 is also speculated to be a part of the Android One programme; it may thus run Android 9.0 Pie out-of-the-box.