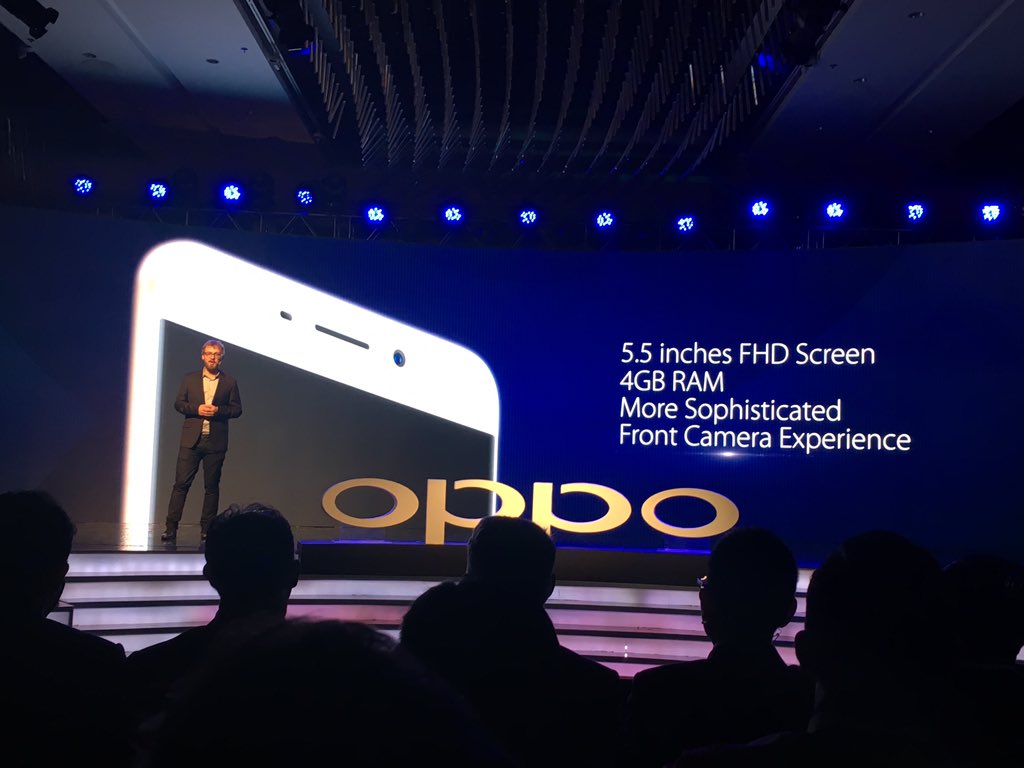 After just releasing the first entry in its new “F” line, the Oppo F1, today the OEM announced that it plans to out an upgraded F1 Plus version soon. The handset should arrive this April and is said to offer a bigger 5.5″ display with FullHD resolution and 4GB of RAM, compared to the smaller 5″ HD panel and 3GB of memory on the F1.

The announcement took place at the company’s Mumbai launch event for the Oppo F1 today. The provided teaser also mentions an improved selfie experience for the Plus model. The basic F1 is already marketed as a selfie expert phone and packs an 8MP f/2.0 front snapper with a 1/4″ sensor, so the Plus could potentially upgrade the front camera even further, or at least, improve the software side.

Other than that, we can only assume that the F1 Plus will share the rest of the specs with its sibling, as well as most of the Oppo R7 line. This includes the octa-core Qualcomm Snapdragon 616 SoC, a 13MP main shooter with f/2.2 aperture, also LTE connectivity and Dual-SIM support. Design-wise, we expect little change as well, meaning that overall the F1 Plus could be somewhat of a mirror image of the R7s, just like the F1 is to the R7 in a lot of respects.