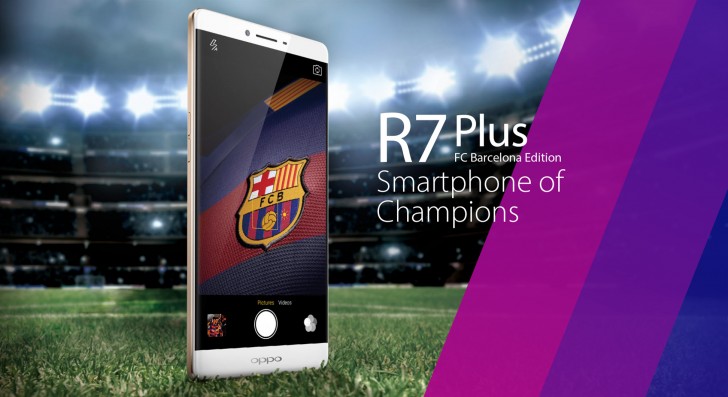 FC Barcelona fans will have noticed Oppo logos when their favorite team is playing. The smartphone maker is celebrating the three-year partnership with the Spanish football team with the Oppo R7 Plus FC Barcelona Edition.

5,000 units of the self-titled “Smartphone of Champions” will be made available at $550 at oppostyle.com. The special edition sports the Barcelona logo on the back, a Barcelona-themed wallpaper, a protective case and more.

Starting September 12 Oppo will hold a charity auction on eBay for phones autographed by top players – among which Lionel Messi, Andres Iniesta and Dani Alves. Proceeds will go to the FC Barcelona Foundation. Also in September Oppo will hold a giveaway for the limited-edition phone in 20 overseas markets.