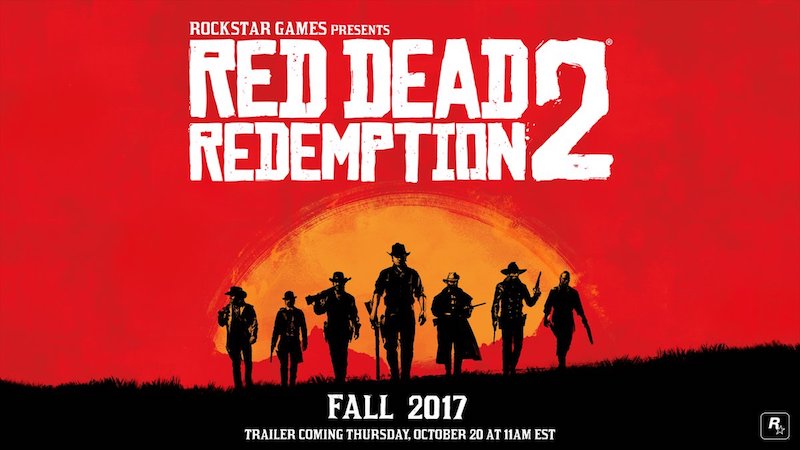 Red Dead Redemption 2 Announced for PS4 and Xbox One; Not for PC
HIGHLIGHTS
Red Dead Redemption 2 will be out next year
It has been confirmed for consoles only
Its trailer will debut later this week
After two teaser images in two days, GTA V developer Rockstar Games has finally announced Red Dead Redemption 2 via Twitter. The game is due in Fall 2017. While it hasn’t explicitly listed the platforms it will be playable on, it appears to be exclusive to the PS4 and Xbox One if the absence of a PC or Steam logo on the site is to be believed. And much like GTA V, expect an online multiplayer component as well.

“Developed by the creators of Grand Theft Auto V and Red Dead Redemption, Red Dead Redemption 2 is an epic tale of life in America’s unforgiving heartland. The game’s vast and atmospheric world will also provide the foundation for a brand new online multiplayer experience,” reads the description on the site’s page.

“With Red Dead Redemption 2, the team is working hard to push forward our vision for interactive entertainment in a truly living world,” said Sam Houser, Founder of Rockstar Games in a prepared statement. “We hope to deliver players an epic experience that builds upon everything we’ve learned making games.”

Earlier it was rumoured that a new game in the Red Dead series was to be the final game at Sony’s E3 2016 conference. While Rockstar claims a Fall 2017 release, it could be delayed given how production tends to go on the company’s many games.
In the past Rockstar Games’ publisher Take-Two claimed it was crucial series. CEO Strauss Zelnick noted Red Dead among the company’s “permanent franchises” at the Cowen and Company’s Technology, Media and Telecom Conference in 2014.