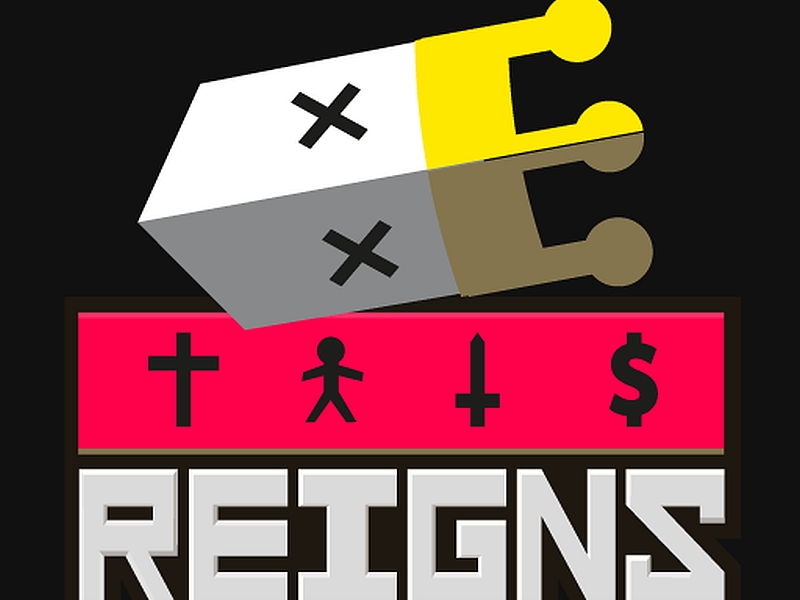 Reigns is a Game That Combines Innovative Storytelling With Tinder
HIGHLIGHTS
Reigns in a choose-your-adventure game with a touch of Tinder
It’s available for iOS, Android, and PC via Steam
The game is great for mobiles thanks to the swiping mechanic
Reigns is a new mobile game where you play as a king who has to make decisions that will determine the fate of your kingdom. It’s brilliantly suited to mobile gaming because the interface is like Tinder – you’re presented with cards that have different advisors’ faces on then, and you typically have to swipe right to say yes, and accept what they are saying, or swipe to the left to say no. There’s a little more going on, but that really is at the core of Reigns, and despite the simplicity, this game is addictive.

Though Tinder is an obvious point of reference – after all, it’s a game about swiping left or right and then living with your choices – another way of looking at it is that the developer Nerial has stripped away all extraneous layers and drilled down to the core of what a game is – there is no disjoint between the story and the gameplay because the narrative choices you make are (almost) all there is to the gameplay.

The events of the game are taking place thanks to an ill-conceived deal with the Devil, and when you start your reign, the game will hold your hand for a little while, and lay out the bare details of the plot. The rest of it is something that you will discover as you play, and there are a lot of different possible ways for things to play out, including what feel like dozens of ways to die.

Death isn’t final in Reigns though – it’s merely the end of one chapter, and the start of another, as your successor takes the throne and must go through the same kind of choices that you face. Actually seeing the game all the way through is going to take multiple playthroughs, and the “good” ending is incredibly hard to reach.
In the game, the Devil makes three appearances – once in the year 666, then again after 666 years in 1332, and 1998. After that, he’s gone and he’s not coming back – you can keep playing, to try and achieve some of the other goals of the game, or you can just reset the game and start over to try and beat the Devil in 1998.
The interesting thing about Reigns though is that the journey definitely matters as much as the destination. Although the swipes are usually simple yes/ no decisions, some of the requests can have more nuanced answers, so you want to read the text carefully to make your decisions. Some of these can be quite tricky – for example, when monks start biting people, do you have the Church look into it, or do you call for the army? Should you send spies to foster unrest in neighbouring kingdoms? And when is it a good idea to charge money from the people to allow them to watch you use the bathroom?
To help guide you in these decisions, the game has four different factions (Church, People, Army, Merchants) you must balance in order to stay on as king – the leaderboard just shows how many years you ruled – and whenever you are about to make a decision, you’ll see a little symbol above the icons of the factions letting you know that it’s going to be affected. The symbol doesn’t tell you if the effect is going to be positive or negative until you’ve made the decision, though it’s generally (though not always) easy to figure out.

But it’s not enough to make everyone happy all the time. Make them too happy and your people are going to turn on you, the church will martyr you, the army will stage a coup, or the merchants will choke you to death on cake. Make anyone too unhappy and you’ll meet a sad end soon enough as well. Each of these endings comes with a hilarious card that shows your fate, before the next king takes the throne, and seeking out the different cast of characters who will present you with questions, and finding all the different ways to die, are strong motivators to keep playing.

The gorgeous art of the various cards, with the highly stylised yet instantly recognisable figures on them, is another reason to play, as is the backing audio. There is no voice recording – no doubt as a cost saving measure, since there is a lot of dialogue – but this works in the game’s favour. The different characters all have some nonsense noises that they make when their cards are presented, and this makes them fairly universal, without getting in the way of swiping through quickly when you feel like it.

The catch is that with a finite number of cards at hand, at some point, things start to get repetitive. Luckily, the developers thought of this too, and there are a couple of unique twists that they bring into the game that keep it feeling fresh. For one thing, there are a lot of mysteries to solve and these can only be understood after exploring the written dialogue many times – this encourages replay without things getting boring. There are also special events – eating different mushrooms you find can have special effects, while old age can make it really hard to progress, and taking a lover can restrict your choices in some ways.
reigns_cards.jpg
Beyond that, there are special events, such as setting up colonies, or starting a crusade. While typically the amount of time you take to make a choice doesn’t matter in the game, these types of special events cause second by second changes in your popularity with different factions, and too much or too little support from any one of them can lead to your death, so you suddenly have to start swiping at breakneck speed, while trying to avoid outcomes that will lead to you losing your neck. Dying doesn’t fix things either, as your heirs will inherit your crusades or colonies. It’s a great decision by the developers that keeps you on your toes even after you’ve played the game a few times.

Overall though, the real strength of the game is the crisp and enjoyable writing that’s full of sly jokes, which play on your expectations and tell a novel story in a completely new way. Reigns might be a choose-your-own-adventure novel by way of Tinder, but it’s a great match, and it feels incredibly comfortable on a mobile device. You can also get the game on Steam to play on your computer, and it will not lose much in the process, but there is no denying that this game feels at home on your phone or tablet.

Pros
Great story and narrative style.
Gameplay is well suited to mobile.
Stylish art and music make a complete package.
Cons
Can get a little repetitive.
Randomness can make completing objectives difficult.
Limited gameplay might not appeal to some.
Rating (out of 10): 10
For the latest coverage from the Consumer Electronics Show in Las Vegas, visit our CES 2017 hub.
Tags: Devolver Digital, Game review, Mobile games, Nerial, Reigns