The renders of the Sony Xperia XZ4 showed an extra tall phone with a triple camera on the back. Now we have a second data point that supports this design – renders of a case for the phone have surfaced.

Those CAD renders show a screen with a 21:9 aspect ratio – taller than any phone currently on the market, it’s a proportion not seen since LG BL40 New Chocolate. 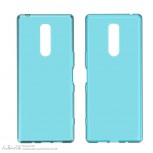 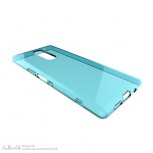 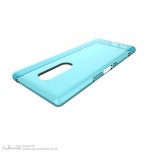 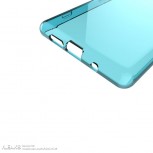 Renders of Sony Xperia XZ4 cases: check out how tall they are

Here are a few more interesting details to note. There’s a cutout for the Power key while the other keys are covered (including the shutter key) – that agrees with the rumors of a side-mounted fingerprint reader. There’s a loudspeaker grille at the bottom, which supports the other rumor: no more front-firing speakers. And no, those aren’t holes for a 3.5mm jack, the case just gives the top and bottom mics a wide berth.

Sony only recently went taller than 16:9 (and all those Xperias have a conservative 18:9 screen aspect ratio). It only recently adopted multi-camera setups as well.

It seems that the maker is looking to quickly catch up to the competition with the Xperia XZ4. The extra-tall 6.5” screen will likely be one of a kind in early 2019 and we’re curious to see what Sony (a prolific camera maker) does with the triple rear camera.