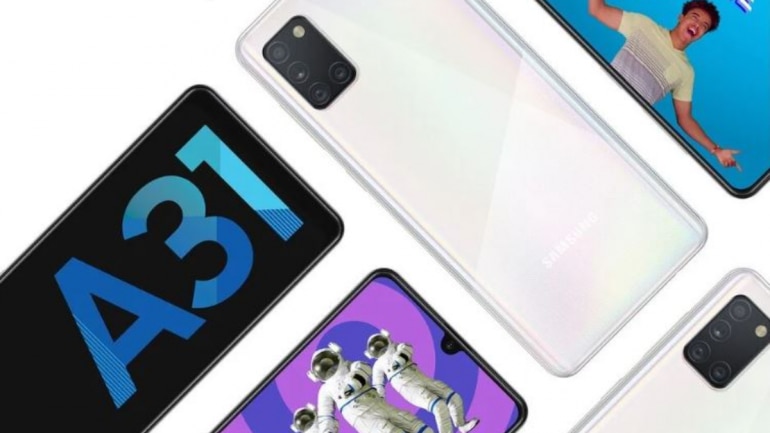 Samsung is all set to launch a new phone in India today, the Galaxy A31. The device comes to India shortly after the company made the Galaxy M01 and Galaxy M11 official for the Indian market on June 2. The Galaxy A31 will be launched today after already being listed on the company’s website a few days ago.

The listing had revealed key specifications about the device, including the fact that it will come with a quad-camera set-up and a massive 6.4-inch display. Ahead of the Galaxy A31 at 2pm later today, the entire spec sheet of the phone hasn’t been revealed yet. However, the shared information does give us a good idea about what we can expect from the Galaxy A31 once it’s launched.

Although the company hasn’t officially said anything on the pricing of the phone yet, previous reports have given us a hint on what the price of the phone could be like. The Samsung Galaxy A31 price in India is tipped to be around Rs 23,000. The information was leaked by IANS which citing sources had claimed the phone will launch in the first week of June — something which was later confirmed by Samsung. The publication has also claimed that the phone will go on sale through all the company’s offline and online channels alongside e-commerce platforms.

Talking about the hardware of the phone, Samsung has revealed that the Galaxy A31 will come with a 6.4-inch sAMOLED Infinity-U display capable of churning out FullHD+ resolution. There is no information yet on what it will house under the hood, however, previous reports have stated that the phone will come running a MediaTek Helio P65 SoC octa-core SoC paired with either 4GB or 6GB RAM options. The storage is tipped to be 64GB or 128GB options expandable up to 512GB with a microSD card slot.

As for cameras, the company has already revealed the Galaxy A31 will get a quad rear camera setup with a primary 48-megapixel primary sensor, 8-megapixel ultra-wide-angle lens, 5-megapixel macro shooter, and a 5-megapixel depth sensor. There is no clarity on the front camera, but reports claim this could be a 20-megapixel camera sensor.