Samsung is planning on refreshing its Galaxy A series of metal-clad smartphones pretty soon, judging by all the leaks we’ve seen recently about the new Galaxy A3, A5, and A7.

And now one of these devices has had its screen resolution exposed through a user agent profile. The Galaxy A5 (2016) is set to keep the same number of pixels as its predecessorfrom last year, since it will also come with 720p resolution. 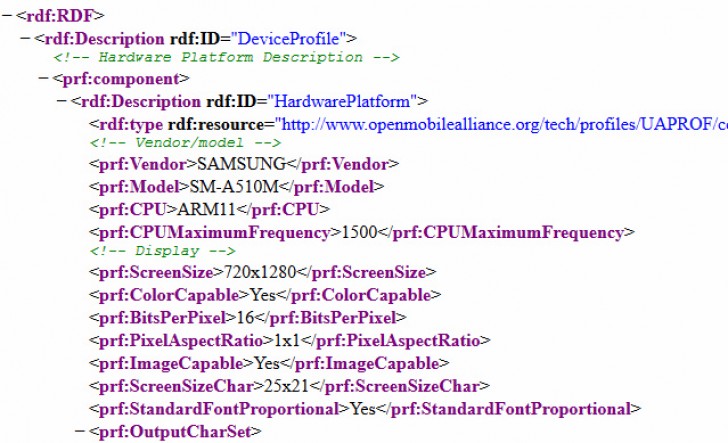 The user agent profile doesn’t reveal anything else about the handset, but past rumors had its screen size at either 5″ or 5.2″. The new Galaxy A5 could also be powered by an Exynos chipset with octa-core processor, aided by 2GB of RAM and 16GB of storage.

The rear camera should be a 13 MP unit, while the front-facing snapper will have 5 MP resolution. Its battery capacity is 2,900 mAh as per the FCC. The phone is expected to run Android 5.1 Lollipop. And like the first generation A5, it too will come with a full metal body.