The next season of the A-Team is on! Samsung just unveiled the new Galaxy A7, A5 and A3, which add OIS cameras, fingerprint sensors and support for Samsung Pay’s magnetic strip card emulation.

The new Samsung Galaxy A series will launch in China first in mid-December, the global expansion will later on. Pricing has not been mentioned yet.

The Samsung Galaxy A7 (2016) is the biggest of the bunch, since there’s no A8 yet. It boasts a 5.5″ Super AMOLED screen with 1080p resolution and an octa-core processor running Android 5.1 Lollipop.

The bezels around the screen of the new A-series have been shaved off, making the phones impressively narrow. Their bodies are constructed of metal and glass, just like the flagship Galaxy S and Note series. The Galaxy A7 measures 7.3mm thick (thicker than both the old A7 and A8) and weighs 172g (that’s heavier too). 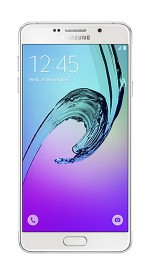 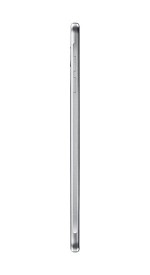 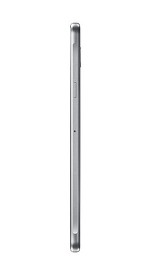 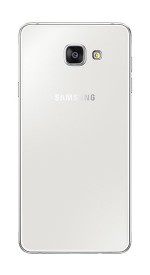 On the plus side, the battery is now bigger at 3,300mAh battery and it supports Fast Charging. You get an extra gig of RAM, 3GB total, though the storage stays at 16GB. Good thing Samsung kept the microSD slot.

Also, the 13MP camera has a wider aperture, f/1.9, and features OIS. The selfie camera also has an f/1.9 aperture, that sounds like the Galaxy S6 setup.

The Samsung Galaxy A7 (2016) has a fingerprint reader and Magnetic Secure Transmission (the tech to emulate magnetic strip cards). The new chipset brings LTE to Cat. 6 speeds (300Mbps, double what the old A7 got), a dual-SIM option will be available.

This one has outgrown its predecessor, it comes with 5.2″ Super AMOLED display with 1080p resolution (old A5 screen had a 5″ 720p screen). The old quad-core processor has been left behind in favor of an octa-core one (Samsung is stingy with exact chipset model). RAM and storage remain at 2GB and 16GB respectively. 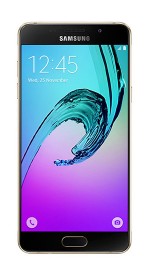 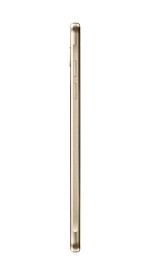 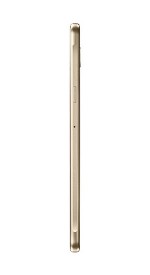 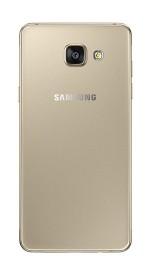 It uses the same camera as the A7, 13MP with OIS on the back and 5MP on the front. A fingerprint reader and Samsung Pay with MST are on board too. The Samsung Galaxy A5 (2016) will come in dual-SIM flavor as well.

The Samsung Galaxy A3 (2016) got the biggest upgrade of the three. The wimpy qHD screen has been replaced with a bigger 4.7″ Super AMOLED unit with 720p resolution.

Also, the camera bump to 13MP is significant, both it and the 5MP selfie cam have f/1.9 apertures (no OIS here, though). 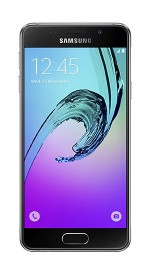 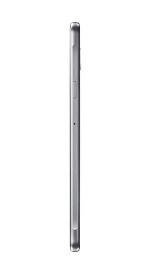 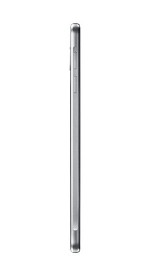 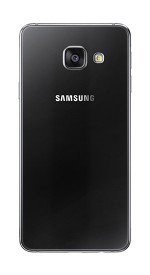 The processor remains at four cores and the RAM at 1.5GB, same for the storage – 16GB. The battery goes up to 2,300mAh, once again at the cost of thickness (7.3mm) and weight (132g). Dual-SIM will be available as an option, LTE is set at Cat. 4 (this is market dependent though).

The Galaxy A3 (2016) is the only member of the new lineup to lack a fingerprint sensor.
[“source-gsmarena”]