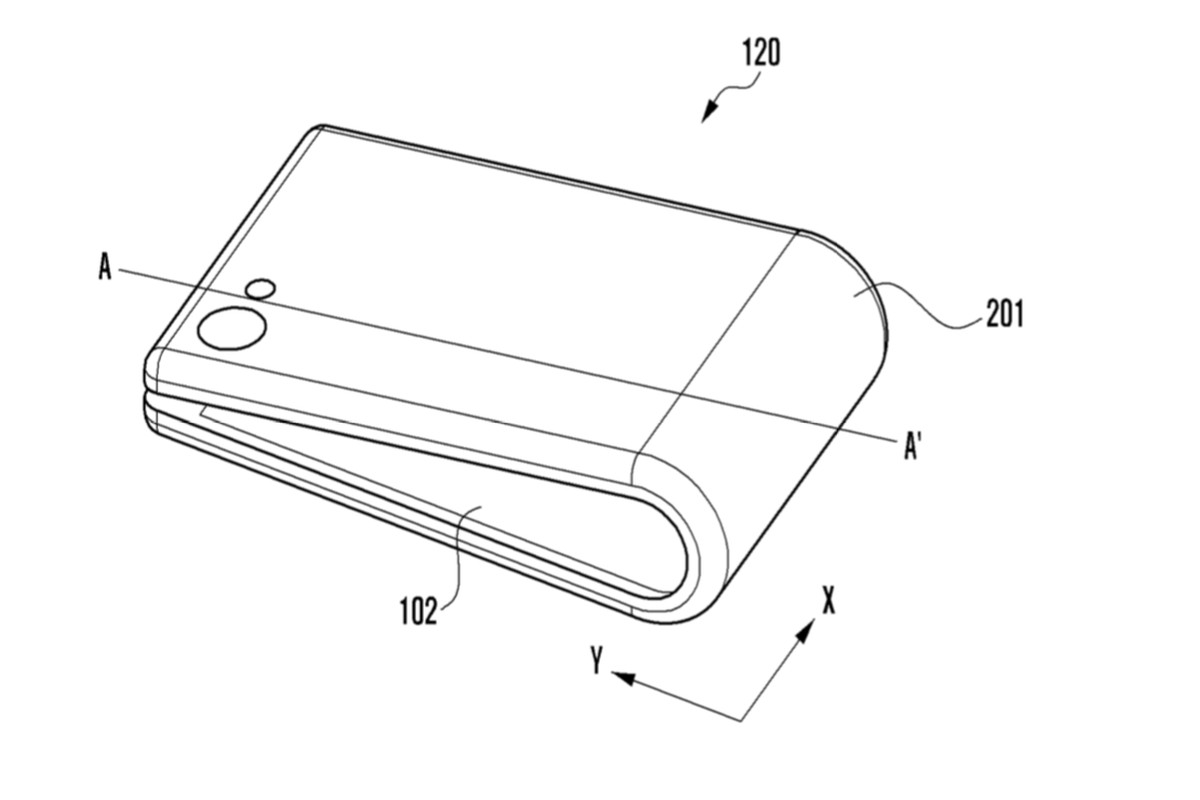 The foldable phone is probably considered the next Holy Grail for tech companies. Rumors have swirled for years about a potential device, and numerous patents have also been filed. Now some new sketches of a Samsung phone that’s foldable have surfaced online. The patent drawings were submitted by Samsung Electronics to the Korean Intellectual Property Office earlier this week, as spotted by LetsGoDigital. The title of the patent filing roughly translates to “flexible electronic device.”

The sketches of the model show a clamshell design, with a bulky hinge that leaves a radius for the display to bend without snapping or creasing. LetsGoDigital notes that the device has two displays, one of which is flexible and can be folded from one side. The hinge itself is quite similar in design to the one on the Surface Book. The patent is also similar to one filed last November, so the display might work by folding down in the middle. Another screen on the outside might be visible when it’s folded like an old-school flip phone.

The result probably isn’t as elegant as it could be, like for example, if the phone could close completely. The bulk of the phone when it’s folded is quite noticeable, so ease of putting it somewhere like your pocket or a small purse might be cumbersome. Still, it’ll be pretty neat if it does become a workable prototype one day.

Samsung has played around with a hinged foldable device before. A working foldable phone actually hitting the market in the near future may still seem like a pipe dream, but Samsung apparently thinks it’s possible.