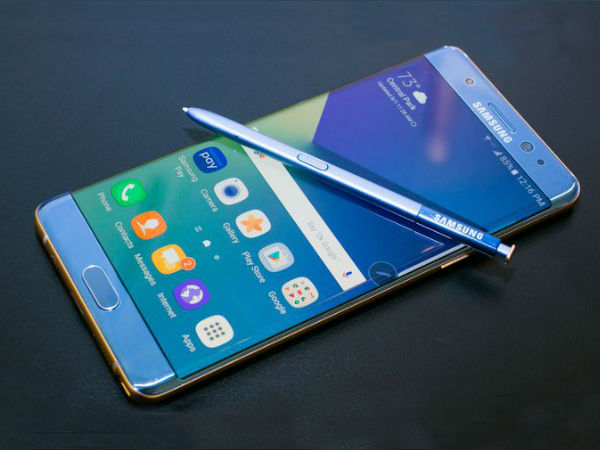 According to latest reports, Samsung will start selling refurbished Galaxy Note 7 devices next week. The news comes from Korea through a renowned publication which also claims that the controversial smartphone which seems to have been now fixed will go on sale starting July 7.

Further citing unnamed sources, the publication reports that Samsung will release the smartphone under the name the Galaxy Note Fandom Edition (FE) and with a price tag below 700,000 won (approx $616 or Rs. 39,684).

However, a Samsung spokesperson has stated that the smartphone’s final cost price is yet to be fixed. As of now, they are waiting for the Samsung’s phone and information technology division to officially announce the launch date.

Reports also suggest that Samsung is currently holding its bi-annual strategic forum in Seoul and the company should fix as well as reveal the launch dates for its products including the Galaxy Note 8.

If you recall Samsung’s flagship handset Galaxy Note 7 has already had a rough start last year and the exploding fiasco did cause the firm operating losses of some 6.1 trillion won ($5 billion). But after months of speculation, Samsung claims that the Galaxy Note 7 issue has been fixed and reports also state that the refurbished Note 7 will come with a completely updated software as well as a lower-capacity battery compared to the original model.

Interestingly, a large number of petitions from environment groups were sent to Samsung asking the company to repair and reuse the 4.3 million Note 7 handsets that were produced. Well, it looks like Samsung is going forward with such move and is recycling and using refurbished phones for sale. Will you purchase the smartphone? Do let us know in the comments.