Samsung has made a new clamshell smartphone official in China today. It’s called W2016, and we’ve already seen it passing through TENAA not long ago. That said, it appears not to bear the Galaxy Golden 3 name as previously anticipated.

The W2016 is now listed on Samsung’s official website for China, but oddly enough there isn’t a proper spec list over there, at least not yet. So when it comes to the handset’s innards, we’ll have to mostly rely on TENAA’s data. 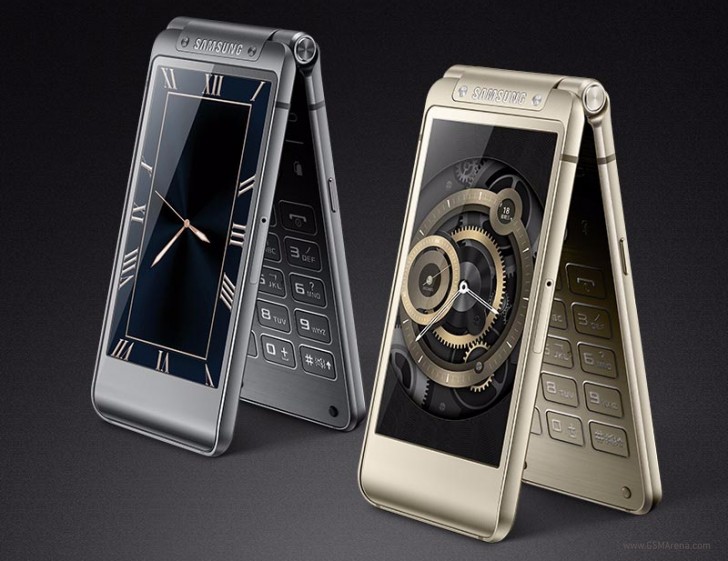 It’s apparently 15.1 mm thick, and it weighs 204g. It’s said to cost a whopping CNY 9,999, which is $1,565 or €1,470 at the current exchange rates. So this is one for clamshell lovers who are also quite rich. There are two color options as you can see, grey and gold. For now, it’s only out in China and only for China Mobile. And you probably shouldn’t expect it to ever be officially sold elsewhere.
[“source-gsmarena”]