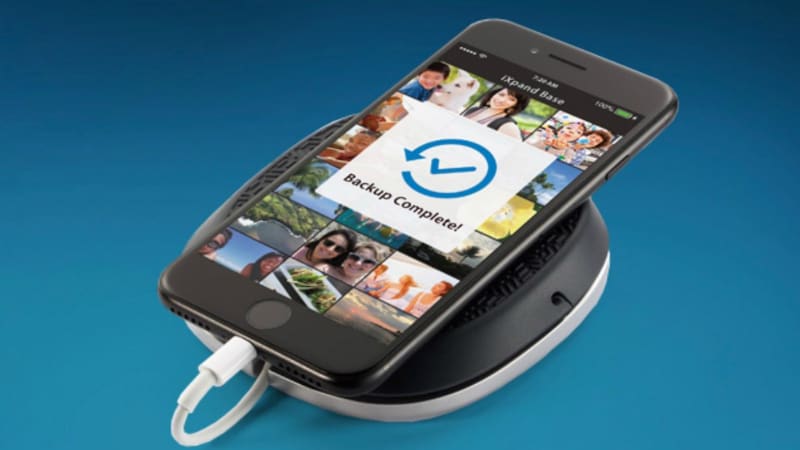 Flash storage solutions company SanDisk has now launched a new 2-in-1 portable charger and backup device for iPhone users. Called the SanDisk iXpand Base, the device backs up your iPhone content, while also charging it simultaneously. It essentially allows iPhone users to store their photos, contacts, and videos locally, instead of the Internet-based storage system, for which users have to pay monthly fees.

While storing on iCloud seems to be an on-going trend, many users wouldn’t prefer paying monthly subscription fees for the service, and others may prefer the traditional method of storing locally. The SanDisk iXpand Base starts backing up data when you start charging your iPhone, the moment you begin charging it. SanDisk offers up to 256GB of storage options apart from a companion app for backing up and restoring your content to your iPhone.

The iXpand Base app makes it easy to restore your backed up files. In case of switching to a new iPhone or restoring your current one, you can simply launch the app, plug in the charger, and restore all your files that have been backed up by the iXpand Base. You can also transfer files directly from the iXpand Base to a computer via USB cable.