The Nubia Z9 Max and Nubia Z9 Mini have been out since April, and now, half a year later, it looks like ZTE felt it was time for an upgrade. So the Chinese company has apparently been working on refreshing these two models somewhat, without changing the overall design or most of the specs. 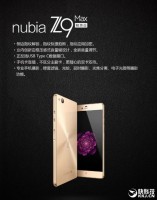 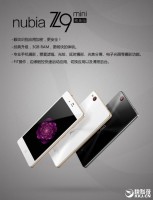 The Nubia Z9 Max Elite will gain a fingerprint sensor embedded in its side-mounted power button. It’s also going to get a USB Type-C port, to keep up with the latest trend in the mobile world. Otherwise, though, it will be identical to the non-Elite variant.

The Nubia Z9 Mini Elite will come with 3GB of RAM, up from the non-Elite iteration’s 2GB. It will also have eye pattern recognition, and a couple of other new software features. No further hardware changes, though, so it will still have a 5-inch 1080p touchscreen, a 16 MP rear camera, an 8 MP front-facing unit, 16GB of expandable storage, the Qualcomm Snapdragon 615 SoC, and a 2,900 mAh battery.

Expect both of these to launch in China soon. As usual with ZTE’s Nubia line, it’s not extremely likely that you’ll ever be able to officially purchase them overseas.