Sony has started sending out a new software update for some of its older Xperia Z-series devices. The software in question is Android 5.1.1 Lollipop, still the latest stable version to come out of Google.

The devices for which the rollout has started today are the Xperia Z, Xperia ZL, Xperia ZR, and the Xperia Tablet Z in both Wi-Fi-only and LTE-enabled iterations. 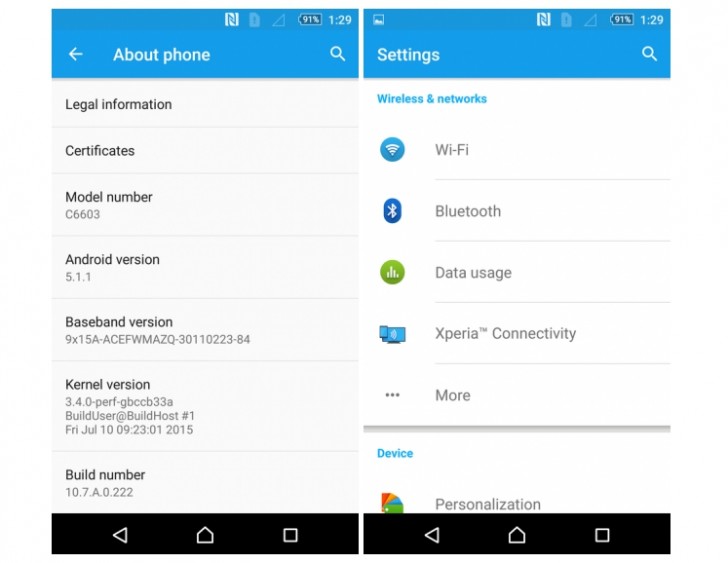 Currently only certain variations of these models are receiving the update. For the Xperia Z we’re talking about handsets with the model number C6602 and C6603, as well as the C6503 and C6506 Xperia ZL units, C5503-badged Xperia ZR, the SGP311 and SGP312 Wi-Fi-only Tablet Z, and the SGP321 Tablet Z with LTE.

Unfortunately it looks like the much-discussed Stagefright exploit has not been fully patched in this release, so we expect to see a further, smaller update coming in the future to address that.

Regardless of which of the aforementioned devices you install the update onto, after having applied it you’ll be on build number 10.7.A.0.222.