Now that the IFA doors are opened to the public, our job there is pretty much over. If you can’t drop by and see all the exciting gadgetry on display in Berlin yourself, it’s ok. Here are the few announcements you shouldn’t miss.

Unlike previous years, Samsung didn’t wait for the Berlin venue to out its new Note phablet, which definitely left a dent in the final lineup. This, however, cleared the stage for Sony, which delivered a whole new Z5 family and definitely stole the spotlight. There were, however, at least a few interesting offers from other OEMs that we didn’t overlook, so without further ado, here are the highlights of the show.

Like we said, Sony definitely takes the cake this year. Its new Z5 lineup generated a huge amount of interest, as is evident by our news and review sections, as well as the top ten chart which is now dominated by the “>Xperia Z5 Premium and its world first 4K display.

A 4K display on a phone might turn out to be more of a gimmick than a truly-useful feature, but it is undoubtedly a step forward. That, along with the slightly bigger display size and the fact that the Z5 Premium offers just about everything the Z5 does and add some was more than enough for the 5.5-inch unit to outshine both the regular Z5 and the Z5 Compact. If we have to point out a winner, it would probably by the Z5 Premium, although there is another worthy contender that needs to be mentioned.

That would be the Mate S. It is a true flagship offer and an emanation of Huawei’s recent accent to high-end quality phones. Its metal exterior is incredibly stylish and just looks premium. This feeling is only furthered by the sharp 5.5-inch AMOLED display that seem to be seamlessly molded into the chassis. Huawei has also went out of its way to fit the Mate S with as much tech as possible and the phone now has an all-new smart fingerprint sensor, more powerful that the one on the Mate7 and even Force Touch.

It is definitely hard to point out the start of the show between the two, so we will just leave it up to you to decide.

Everybody seems to be making a smartwatch these days and we definitely can’t blame them for trying. The odd new breed of wearable tech might still feel like more of a gimmick than a must-have accessory, but the figures don’t lie and the tiny devices have quickly turned into a lucrative niche.

This being said, it was not surprising that wearables popped out all over the Berlin venue. But if quality is what you are after then you undoubtedly need to look into the Huawei Watch. And before you say it isn’t new at all and was announced way back at MWC in March, well, technically that is true, but the gadget did finally go up for presale during IFA, so it counts.

There is one major definitive feature about the Huawei Watch that simply seems to give it an edge compared to other Android Wear devices – it was designed as a proper watch first and then a smart gadget and that approach has really paid off. If you like a smart, luxurious assistant that you won’t have to substitute for the real thing when putting on a suit, then the Huawei Watch is probably your best bet. It also helps that is currently seems to utilize the most superior hardware in the Android Wear realm.

But, there is also another smartwatch that we can’t help but mention – the Moto 360 (2nd gen). It is arguably the successor to the watch that rekindled the wearable concept and gave it a new twist – a round form factor. And before you quote us on that in the comments, we are quite aware of the “flat tire” display form factor, which just happens to persist in the new Moto 360 as well. Some might not mind it or even find it appealing as a design feature, but it does seem to take away some of the appeal of the wearable. That is why we are naming it a close second, although we must say it was a tough call.

Yet another tough choice, but for a slightly different reason. It all seems to come down to what your idea of a tablet and its purpose is (don’t worry, we are still not completely sure ourselves). If you think of it like a portable entertainment center, then the Lenovo Yoga Tab 3 is definitely up your isle. Lenovo has coined its own unique take on the tablet with the Yoga series and the new Yoga Tab 3 fits in perfectly with its Yoga Tab Pro offers. Our pick for best of show goes out to it and more specifically, the tricked-out 10.0-inch model. $499 might be a pretty penny for a tablet, but with a Intel Atom x5-Z8500 SoC, 2560 x 1600 pixel display and a built-in projector for up to an extra 70 inches of screen seems to be worth it. 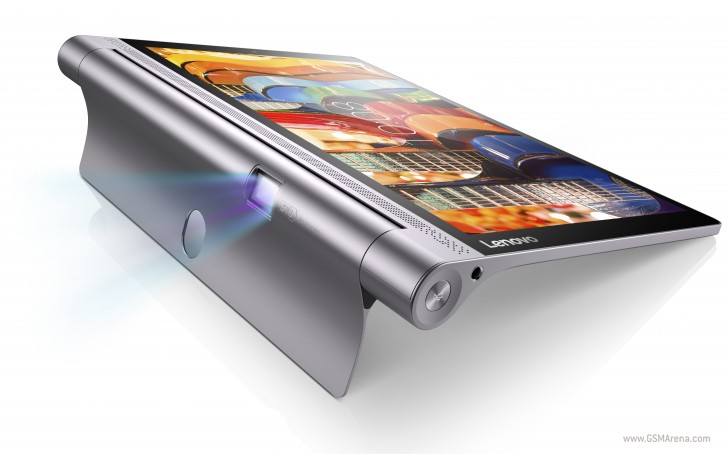 On the other hand, however, if your interpretation of “best” falls more along the lines of most-powerful, then it is worth mentioning the Acer Predator 8. It has an 8.0-inch display with a resolution of 1920 x 1200 pixels, 2GB of RAM and 32 or 64 GB of onboard storage. Powering it is an Intel Atom X7-Z8700 processor, which is incredibly powerful for a tablet and is bundled with capable Gen. 8-LP Intel HD Graphics that will surely give the Nvidia Shield a run for its money.

The Predator 8 is also designed in keeping with typical gaming tradition and simply looks mean, powerful and aggressive with a metal body, sharp edges and red accents. 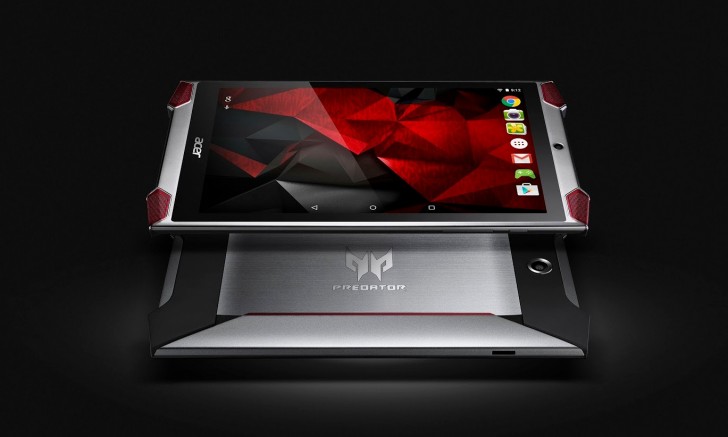 Things to look forward to

Last, but not least, we feel that this year IFA housed at least a few interesting concepts for the future that are worth looking into. First up is the Acer Jade Primo. It might look like an ordinary Windows 10 Mobile device, albeit a quite decently specked one with a Qualcomm Snapdragon 808 SoC, 5.5-inch AMOLED display and a 21MP camera, but it is actually unique in its endeavor to bring us closer to a more seamlessly interconnected and convenient future.

What we are talking about is Microsoft’s Continuum for Phones – an exciting new feature in Windows 10 that will theoretically allow you to dock the phone to a keyboard, mouse and monitor setup and use it as a capable PC-grade device. The concept is far from new. At least a few parties have tried to achieve similar results throughout the year, most-notably Ubuntu, which has been pushing an almost identical docking concept for quite some time now. However, Microsoft seems to be the first one to actually take the technology beyond the mere concept level. The idea is to leverage the power of the new universal apps that can seamlessly run across a range of Windows devices and create a scalable uniform experience.

Last but not least, just a few words about the Predator 6 – Acer’s other new experiment in expanding its gaming-oriented business. This gaming smartphones in, in a lot of ways, similar to the Predator 8 with a flashy exterior and powerful hardware, but it actually more of new concept. The idea of a gaming tablet has already been floating around with devices like the Nvidia Shield taking a stab at it, but a gaming Android smartphone is yet another experiment that might have a future ahead of it. Also, the beastly ten-core MediaTek Helio X20 that is said to power the Predator 6 is still some time away from hitting end-user markets, so we are dealing with more of a conceptual thing at the moment.

That about covers our two cents on IFA 2015 and its highlights. For a broader picture of the event, complete with all our initial hands-on impressions, you can check out the extensive IFA 2015 coverage article where everything is aggregated in one place. Also, we would love to hear you opinion for the best pick in each category in the comment section.
[“source-gsmarena”]