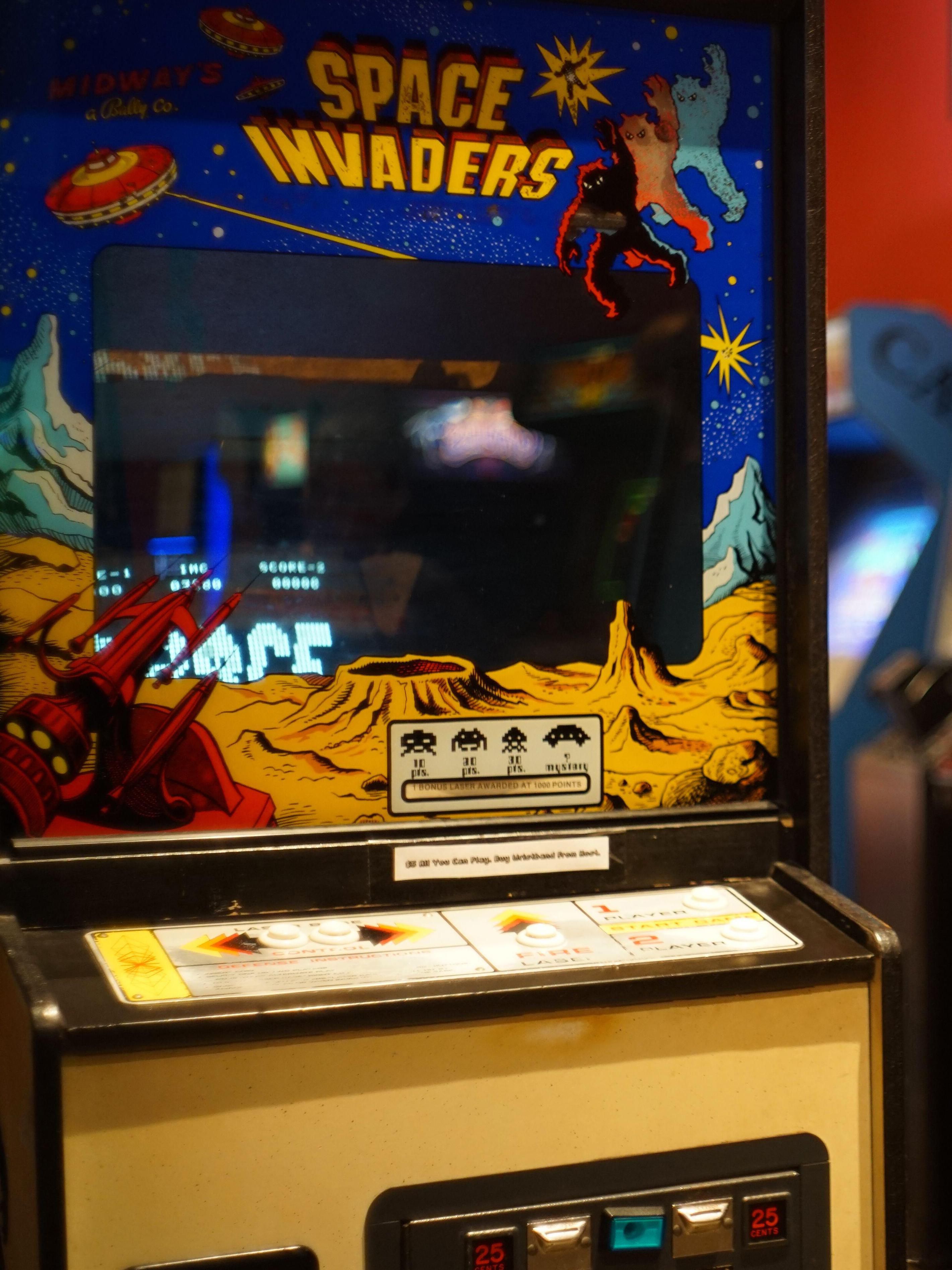 While the sound of footsteps slowly growing louder may be a sure sign of impending doom in any horror film, the pulse of video game players quickens to a different beat: the drumming of approaching space invaders.

“My heart used to beat in time to that sound,” says one fan of the 1978 hit game, Space Invaders. So, apparently, did many others. In Japan, where Space Invaders was invented by engineers from Taito Inc., people became so addicted to stuffing the game with coins that the government reportedly faced a yen shortage. Within a year after Space Invaders was introduced in the United States, the game could be found behind a crowd of people in arcades and bars across the land.

Designers can only speculate on why players found Space Invaders so engaging. Perhaps it was the predictable march of the aliens; if a player was annihilated, he could not blame bad luck—only himself. Next time, he swore, he would do better. Or perhaps Space Invaders was a hit because it was among the first games with a “character”—a player did not just move blocks around; rather he was on the screen, a lone earthling besieged by approaching aliens.

Most gripping, however, was the sound. The more aliens a player shot, the faster they approached; their drumbeat quickened, the tension mounted. Ironically, says Bill Adams, director of game development for Midway Manufacturing Co., of Chicago, Ill., which licensed Space Invaders for sale in the United States, these features of the game were accidental.

“The speeding up of the space invaders was just a function of the way the machine worked,” he explained. “The hardware had a limitation—it could only move 24 objects efficiently. Once some of the invaders got shot, the hardware did not have as many objects to move, and the remaining invaders sped up. And the designer happened to put out a sound whenever the invaders moved, so when they sped up, so did the tone.”

Accident or not, the game worked. As of mid-1981, according to Steve Bloom, author of the book Video Invaders, more than 4 billion quarters had been dropped into Space Invaders games around the world—“which roughly adds up to one game per earthling.”