Microsoft will soon announce its first smartphones running Windows 10 Mobile from day one. The company has already scheduled an event on October 6 for this purpose, and as we get closer to that date we’re expecting to see more and more leaks relating to such devices.

Take today, for example. A set of four pictures has been leaked, and they reportedly show the upcoming Microsoft Lumia 550 in four color versions – white, red, blue, and black. Make sure to click on the thumbnails in order to see the full size images. 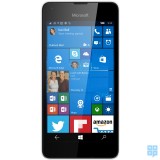 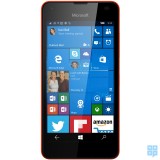 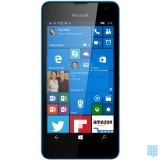 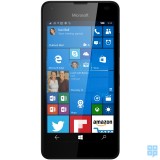 While the high-end Lumia 950 and Lumia 950 XL pair have been talked about a lot in past rumors, we’ve only started hearing about the Lumia 550 in July. Earlier this month, some of its specs were seemingly confirmed by a Swiss retailer, and now the shots above have also thankfully arrived complemented by hardware details.

Hence, we find out that the Microsoft Lumia 550 will have a 4.7-inch 720p AMOLED touchscreen, 8GB of internal storage, and at the helm shall be Qualcomm’s Snapdragon 210 SoC, boasting a 1.1 GHz quad-core Cortex-A7 CPU. Given the chipset, we expect the Lumia 550 to feature Cat.4 LTE support, for download speeds of up to 150Mbps, as well as 50Mbps uploads.

A previous leak talked about the Lumia 550 getting a 5-inch touchscreen though. That same leak went on to claim the phone will have a 5 MP main camera, a 2 MP front cam, 1GB of RAM, and a 1,905 mAh battery.