Xiaomi is apparently working on a slightly improved version of the already available Redmi Note 2 phablet. This is reportedly going to be called Redmi Note 2 Pro, and today out of China comes the first leak about it – purportedly showing us its back casing.

This is going to be a smartphone with a metal construction, as you can see. Furthermore, it’s going to be the first Xiaomi device to feature a fingerprint scanner. The sensor will be placed underneath the camera and LED flash, on the back of the Redmi Note 2 Pro. 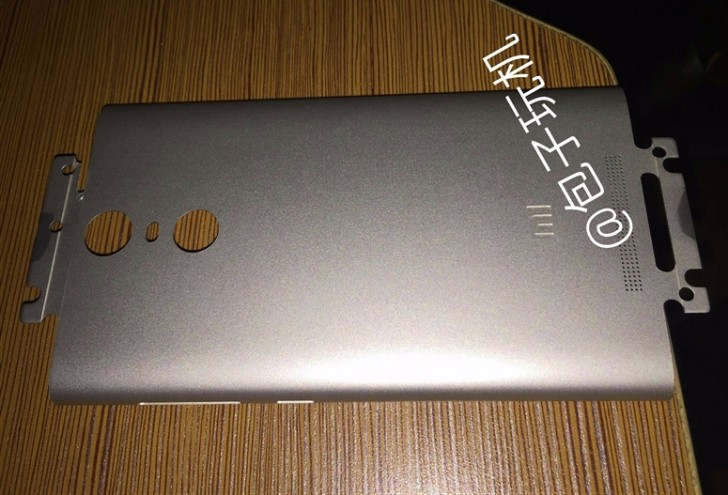 By the size of its cutout, we assume the flash will be a dual-LED (and possibly dual-tone) affair. The speaker will be on the lower part of the back, while the power and volume buttons will be on the right side of the phone. The top and bottom parts of its back will be made out of plastic, and that’s where all the antennas will live.

The Chinese rumor mill pegs the price of the upcoming Redmi Note 2 Pro at around CNY 999, or $158 (€143) at the current exchange rates. One of its most important competitors will be the recently outed Meizu metal.

No other details have been uncovered this time around, but according to mumblings in the Chinese media, the Redmi Note 2 Pro will sport a 5.5-inch touchscreen, Qualcomm’s Snapdragon 808 at the helm, and at least 2GB of RAM and 16GB of built-in storage.